As smoke billowed from the Twin Towers, Major League baseball postponed its 2001 season.  Later that month, when the season resumed, the New York Yankees made an improbable run to the World Series, and were dubbed ‘America’s Team.’  As that World Series chants of U-S-A rang out in concert with the spectacle of nationhood on the field—a bullet-proof-vested George W. Bush threw out a strike to open Game five; Air Force jets displayed national power; Yankees players donned first responders’ caps.

In contrast to their ‘hard news’ counterparts, many sports columnists and writers like Rick Reilly deconstructed the spectacle as contributing to an unthinking nationalism.  That nationalism, these same sports writers showed, ultimately justified a War on Terror that we know today was problematic from the outset and obliterated colored bodies across the globe.  That War was just as much a problem of minimizing the toll such nationalism takes on non-White bodies as it was faulty information. Yet, ‘hard’ news outlets and politicians focused on who was to blame for missteps leading to the war and generally dismissed the racial component.

Four years later, sports columnists like William Rhoden drew attention to how the Superdome became the metaphorical site of American neglect of systemic racism and poverty after Hurricane Katrina.  Much of mainstream media constructed the New Orleans Saints as America’s team that year.  When the Superdome reopened one year later, it was hard not to see the new white roof as a metaphor for how the images of poverty and systemic oppression were all but erased as ‘hard’ news outlets suggested New Orleans ‘recovered’ with a Saints win that September 26, 2006 evening. 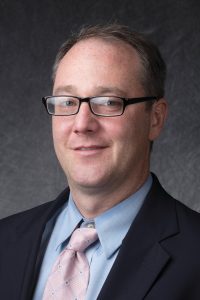 Now, fourteen years later, American athletes are boycotting participation in their respective sports as a result of the constant lynching of Black men by police.  Simultaneous to a Republican National Convention during which little was said about racism as one of the national tragedies that require urgency of the sort the CARES Act was delivered in response to COVID-19, L.A. Clippers Coach Doc Rivers, son of a police man, summarized a paradox facing American social justice now and the past four centuries in Americas:  He said of Black men and women: “We’re the ones getting killed. We’re the ones getting shot. We’re the ones that were denied to live in certain communities. We’ve been hung. We’ve been shot. And all you do is keep hearing about fear. It’s amazing to me why we keep loving this country, and this country does not love us back. It’s really so sad.”  The next day, four teams slated to take the court for playoff competition boycotted their games.

The decision to boycott has been coupled with questions about what NBA players and other professional athletes are going to do next.  The boycotting, however, needs to be framed as a greater cultural moment that is reflective of American shortcomings rather than asking athlete to carry the mantel for social activism.  The boycott must be read as a form of resistance where athletes—a majority of whom in the NBA are Black—are prohibiting their bodies to be imbued with narratives about overcoming tragedy or patriotic euphemisms about systemic violence of the sort we saw after 9/11, Hurricane Katrina, Sandy Hook, and more.

Underneath the boycott is acknowledgement that our culture tends to ignore systemic violence and racism’s tragedy by focusing attention on momentary solutions—such as who is to blame for decisions rather than why America does not pour the same emotion, urgency, long-term focus, and financial backing into social justice initiatives that require.  Why is it that American cultural memory focuses on singular, terrible tragedies like 9/11, Katrina, and Sandy Hook rather than the long-term tragedies of cyclical oppression?

What has also become perplexing is that some of the most profound statements of resistance and social conscious are coming from our sporting complex.  While the sporting arena has always been an agent of social change or stasis, American culture seems to expect our athletes, not our politicians or scholars, to keep the focus on racial and systemic justice.

As such, we in higher education must realize that we have a duty in our classrooms and institutions, where we have students and people as audiences every day.  With our scholars of complex systems and data in sociology, health, politics, and more, higher education has a duty to consider that moments like right now shape our students’ and communities’ cultural memories.  We assist in crafting those sign posts of what constitutes ‘American,’ what constitutes as ‘history,’ indeed what the next generation’s thinkers will believe as ‘the normal’ returned to that sporting events are often said to symbolize.

As a result, it is important to consider the role of educators is different than that of athletes.  Whereas athletes’ strikes can be a form of resistance of an entertainment and media complex that exploits bodies to hold up forms of nationalism (forms that are often problematic), higher education, itself with its own systemic racism, also has lacerative potential: while many in our academic arena are considering a strike, many are also considering how to welcome students into the conversation of who the meaning-makers of today are, and how students themselves will be the meaning-makers of tomorrow.

Many of us are also considering that the disciplinary frames of academia are not positioned well for the shifting way in which America considers politics, race, tragedy, and media.  In the niche-marketed culture we all live in, and in the blame-politics of today, how well do courses with names like ‘Political Science 101’ capture the interest and imaginations of our students who may benefit from rigorous study of political discourse, which, often is not happening in politics but areas like sports?  Another way to challenge our academic community: Where is the real, thoughtful discussion about race occurring, and what discursive tools are being used to cover it up?  How can academics use questions like this to approach a generation of students who have grown up watching politics from a different lens than those of us born in the 1970s or before? How do county, state, and federal funding of particular causes and institutions reveal the values of each?

These are a few questions essential to ensuring academia remains relevant in its serious cause of democratizing the nation through education.  And it would seem that cause is of significant and urgent importance now more than ever.

Coach John Thompson, Jr. died on August 30, 2020, at the age of 78.  He redefined college basketball and challenged stereotypes of Black masculinity and mental aptitude.  ESPN host Michael Wilbon called him a mentor and a master teacher. Thompson’s journey began on September 2, 1941, in the segregated housing projects of Washington, DC’s Anacostia […]

The Arthur Ashe Jr. Sports Scholar award is a part of Diverse‘s quarter-century legacy of recognizing outstanding minority young men and women who have distinguished themselves in their academic and athletic pursuits. In addition to their athletic ability, the students named 2021 Arthur Ashe Jr. Sports Scholars are students of color who have maintained a cumulative […]