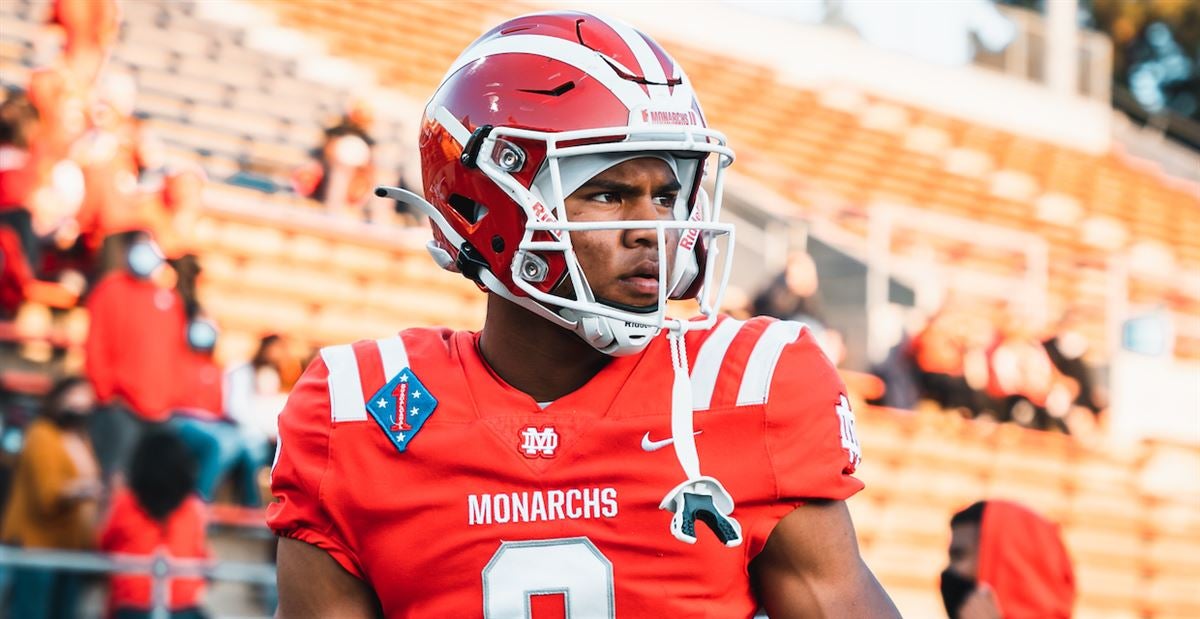 USC’s proximity to Mater Dei (Santa Ana, Calif.) provides a natural recruiting advantage for the Trojans to cherrypick from the No. 1 school in the nation, but players haven’t exactly been funneling into the program. No Monarch committed in 2017, 2019 or 2020; the closest was wide receiver Bru McCoy transferring from Texas before the start of his freshman year.

However, over the last two years, there has been a major boost. With four-star wide receiver C.J. Williams’ becoming the fifth Mater Dei player in the last two years to commit tot he Trojans, it looks as though some sort of pipeline is finally appearing under head coach Lincoln Riley.

Williams announced his decision at the All-American Bowl. The 6-foot-2, 193-pound receiver is rated the No. 76 player overall and No. 11 wide receiver in the 2022 class, according to the 247Sports Composite Rankings.

He broke out as a sophomore at Mater Dei and continued his strong play over the next two seasons, finishing his senior year with 830 yards and 12 touchdowns on 51 receptions. He was a leader for the Monarchs, who won the National Championship.

Williams is the third top-100 player from Mater Dei alone to commit to USC in this cycle.

Five-star running back Raleek Brown, ranked No. 33 in the country, followed Riley to USC after initially committing to Oklahoma. Five-star cornerback Domani Jackson, the No. 7 player in the country, decommitted from USC but then recommitted after Riley moved to the west coast.

Those are three of the four best Mater Dei players in the 2022 class. The other, linebacker David Bailey, committed to Stanford.

That makes back-to-back years in which USC has found recruiting success at a school that has won or shared National Championship honors in four of the last five years. It’s too early to proclaim that a pipeline has formed — after all, the Trojans picked up three Monarchs in 2018, only to go barren in the next two years — but there could be something brewing in southern California.

Complete highlights from Oregon State vs. Houston in the 2021 NCAA men’s basketball tournament.Source

Jordan Lewis’ 32 points, eight assists, and 11 rebounds helped No. 7 Alabama to an 80-71 victory over No. 10 North Carolina in the first round of the 2021 NCAA women’s basketball tournament.Source

Before winning an NBA championship with the Toronto Raptors, Fred VanVleet had a successful four years with Wichita State, including their legendary Final Four run in 2013. Watch all of his best tournament highlights with the Shockers here.Source