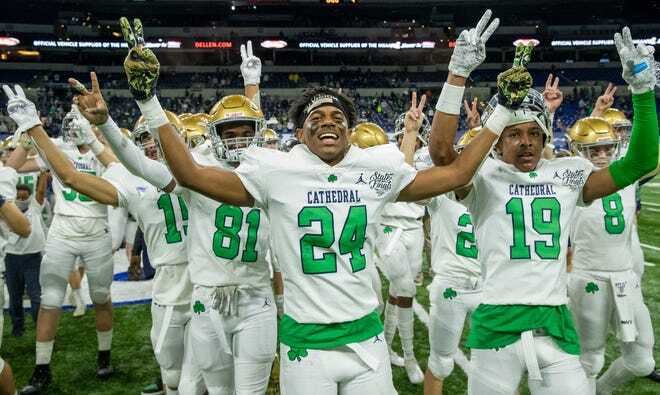 Of the four teams ranked in the USA Today Super 25 that played for state titles over the weekend, three took home hardware.

No. 3 St. Joseph’s Prep, No. 11 Center Grove and No. 24 Cathedral all ended their seasons on high notes with state championships. St. Joseph’s Prep dominated Central York High School, 63-12, en route to its third straight state title. Center Grove won its first state title since 2015 after beating Westfield High School, 38-14, while Cathedral won its 13th state championship and first since 2014 with a 46-28 win over Zionsville High School. The lone loser was De Smet Jesuit, who was shockingly shut out by Raymore-Peculiar.

Watch Scottie Barnes’ top plays, including some nifty passes, from Florida State’s Sweet 16 run in the 2021 NCAA tournament. Barnes is a projected lottery pick in the 2021 NBA Draft.Source

The Basketball Hall of Fame has named 10 centers in college basketball to its watch list for the 2022 Kareem Abdul-Jabbar Award.Source