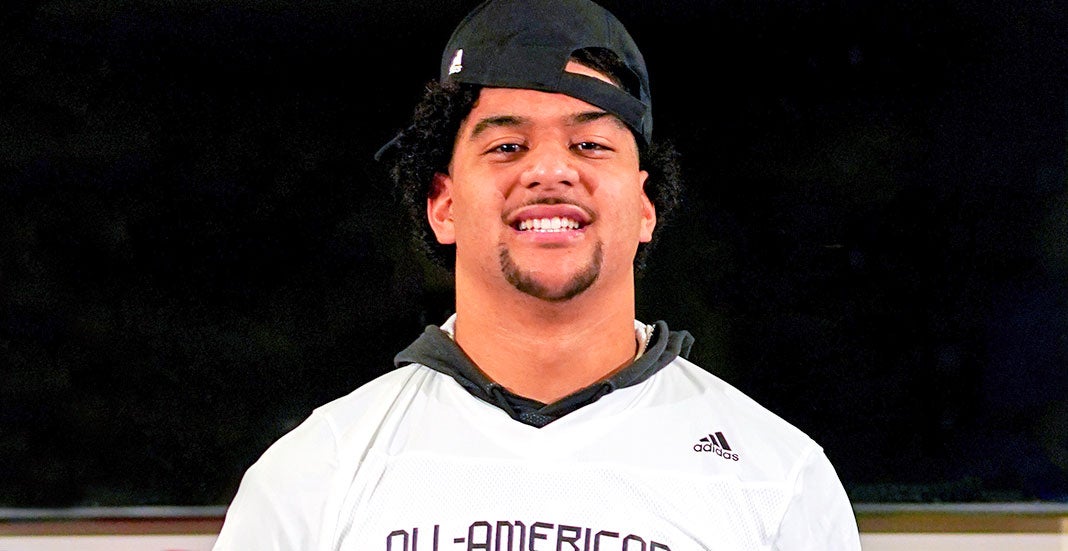 J.T. Tuimoloau’s marathon of recruitment is finally nearing its end.

Tuimoloau, the top-remaining recruit in the class of 2021, has scheduled June official visits with the end of the NCAA recruiting dead period nearing. The Eastside Catholic (Wash.) product will first officially visit local Washington from June 4-6 before traveling to USC from June 14-16. Tuimoloau will then fly out to Ohio State for an official visit beginning on June 18 and will hop back on a plane to check out Oregon from June 20-22. Tuimoloau will then wrap up his official visit with a trip to Tuscaloosa to check out Alabama from June 25-27.

Official visits have long been a sticking point in Tuimoloau’s recruitment. With the dead period elongated by the COVID-19 pandemic, Tuimoloau and his family were not able to receive the in-depth official visit experience they coveted at each one of his finalists. Now that the dead period is finally coming to an end on June 1, Tuimoloau and his family can check out college campuses and mingle with coaching staffs to the fullest extent.

Once Tuimoloau concludes his official visit schedule, a decision is expected either the final week of June or the first week of July, according to 247Sports’ Brandon Huffman. Tuimoloau will then enroll at the school of his choosing and begin his highly-anticipated college football career.

Ohio State has long been perceived as the favorite in Tuimoloau’s recruitment, as his 247Sports Crystal Ball currently reads 100% in favor of the Buckeyes. Alabama is currently thought to be running second behind Ohio State.

“Coach Larry Johnson and the history he has had with putting defensive lineman in the league really sticks out to me and I have always had a close relationship with Gee Scott,” Tuiomoloau said of Ohio State, per Huffman.

Wherever he winds up, Tuiomoloau will ascend to the college ranks with the chance to make an instant impact.

Tuiomoloau is polished as a pass rusher and run stopper. He also possesses a high football I.Q, plays with an endless motor and is a freak athlete, making him a prospect any coaching staff around the country would love to get their hands on.

“Powerful, athletic and nimble, with room to still add significant weight at the next level,” Huffman said in his scouting report of Tuiomoloau. “Has lined up on the edge, mixing with hand down while also standing up. Elite pass rusher, who can mix a variety of moves with pure strength to shed his blockers. Can drop into coverage against running backs, receivers and tight ends and has the athleticism and ball skills to be a force in coverage. Has even played safety.

“Could be a top tight end prospect if he focused on offense, with natural pass-catching skills, ability to track the ball and high point it and run after the catch. Also a high-major basketball player, averaging nearly a double-double in prep career. As he continues to add weight and strength, figures to be among the elite pass-rushers at the next level. Projects as an instant impact Power 5-starter and a Top Ten overall draft pick.”

Overwatch League team Houston Outlaws continues to forge ahead despite the pandemic—making several key hires and strategic partnerships since its acquisition by Beasley Media Group in December. One notable sponsorship deal was made with North American energy giant NRG and its Reliant Energy brand. Esports Insider caught up with Lori Burgess, Chief Operating Officer of Beasley Esports […]

VIDEO: Samson Oh on why data is integral to fan engagement | ESI Focus

Fan engagement has become a central topic in esports over the last 12-24 months as organisations and publishers look to connect with their fan bases on a deeper level. However, to provide meaningful fan engagement experiences, accurate and useful data is crucial. On this week’s episode, we are joined by GosuGamers’ CEO, Samson Oh, to […]