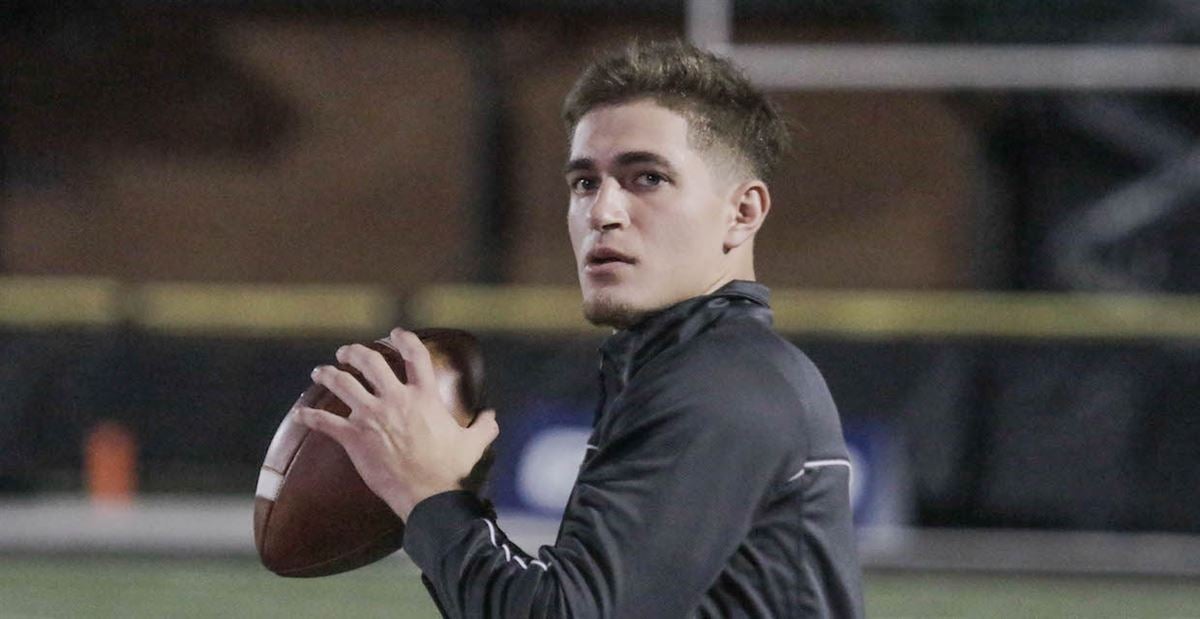 One of the top quarterback recruits in the class of 2021 is back on the market.

Four-star Loganville (Ga.) Grayson signal-caller Jake Garcia de-committed from USC on Thursday night. Garcia had been committed to the Trojans since Sept. 2019, but kept his recruitment open and maintained a dialogue with schools across the country. Since Garcia’s commitment, USC has offered two other 2021 quarterbacks — Miller Moss and Jaxson Dart.

“I want to thank coach Helton, coach Harrell and coach Doege and the USC coaching staff for the opportunity to play at the next level,” Garcia wrote on Twitter. “However, after many discussions with my family and careful consideration, I am de-committing from USC. Doing so will allow me to honestly evaluate my options as the early signing date quickly approaches. No love has been lost for the USC family.”

A California native, Garcia transferred to Grayson to play his senior season with high school football in his home state on hold before enrolling at a college in January. Miami is now the favorite to secure a commitment from Garcia, as his 247Sports Crystal Ball reads heavily in favor of the Hurricanes.

Has improved athletically and looks comfortable rolling out and throwing on the run. Can continue to improve throwing a tighter ball and doesn’t spin it as consistently as you would like to see but don’t think it will be an issue for him moving forward. Projects as an impact upper-tier Power 5 starter and future NFL draft pick.”

9 men’s college basketball programs that have surprisingly never been ranked No. 1

These programs have spent the most weeks ranked in the AP poll without reaching No. 1.Source

Predictions for Gonzaga vs. Iowa and 6 more top college basketball games this week

Here is Andy Katz’s Gonzaga vs. Iowa prediction and his picks for 7 more high-profile games this week.Source

The Path To The Collegiate Esports National Championship