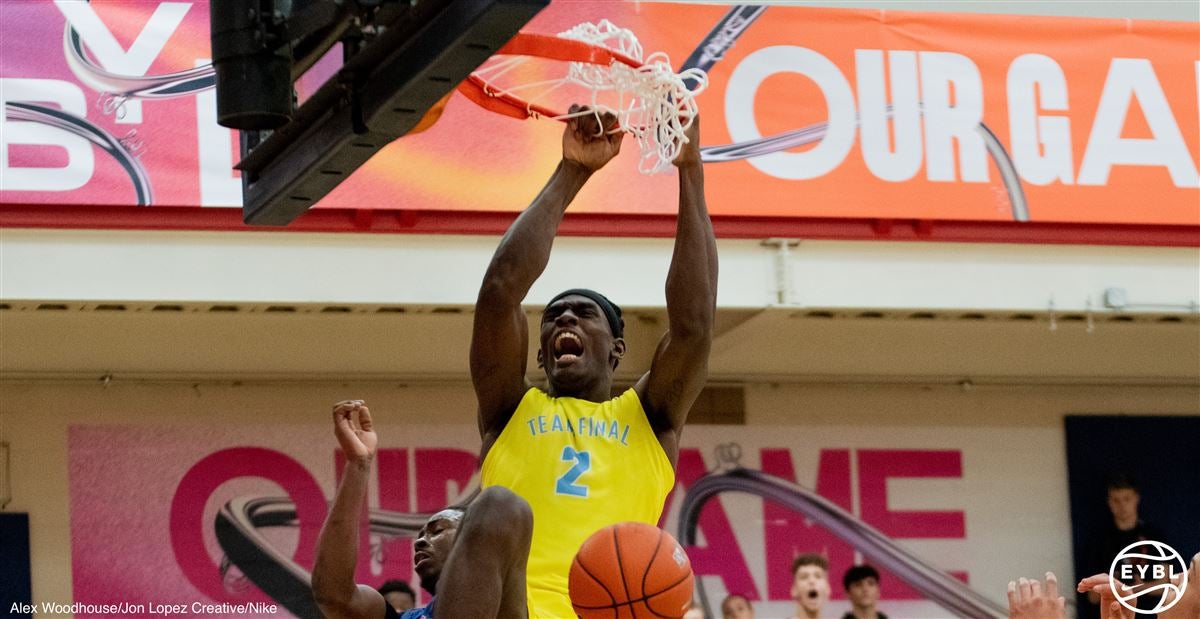 Team Final entered the 2021 Nike EYBL Peach Jam as the headliner of the biggest grassroots basketball event of the summer. Loaded with top 100 talent, including top 2022 recruit Jalen Duren, the Philadelphia-based AAU program traveled to Georgia as the heavy favorites to win a championship.

And they delivered on those expectations.

Powered by Duren, five-star center Dereck Lively II, four-star shooting guard Corey Floyd Jr. and four-star shooting guard Otega Oweh, Team Final defeated Brad Beal Elite by a final score of 64-61 to take home this year’s Peach Jam title. Brad Beal Elite had a chance to tie the score at 64 with a three within the final 10 seconds, but failed to get a shot off before the final buzzer sounded.

Team Final’s Peach Jam championship caps its dominant run on the Nike EYBL circuit this season. Team Final went an eye-popping 42-5 during the spring and summer and cruised through Peach Jam pool play to reach the playoffs. Oweh, who entered the Peach Jam as one of the more underrated players in the class of 2022, shined throughout the playoffs, posting 19 points per game, including 17 in Team Final’s win over Brad Beal Elite.

Duren and Lively both also played key roles in Team Final’s triumph over Brad Beal Elite. Duren notched 17 points, 10 boards and three assists in the win, while Lively secured a double-double himself with 13 points and 10 rebounds. Lively was clutch for Team Final down the stretch, coming up with numerous key baskets in the fourth quarter.

Gaming tournament and training platform Nicecactus has announced it has joined forces with South American beverage company AJE Group. As a result, the platform will host a range of grassroots League of Legends tournaments that will take place in ten countries, with a combined prize pool of $10,000 (~£7200). Image credit: Nicecactus/AJE Group RELATED: Nicecactus partners with internet […]

Each week, ESI Digest breaks down the weekly happenings in the esports industry, making sense of things so you don’t have to. As well as being housed on YouTube, ESI Digest is available on all major podcast platforms and is also available in written form below. On this week’s ESI Digest, we cover Semper Fortis […]