Lou Brock, the St. Louis Cardinals’ Hall of Fame outfielder who “became the greatest base-stealer the major leagues had ever known,” died on Sunday at age 81, reports The New York Times. 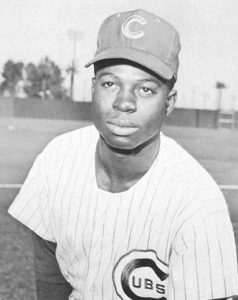 According to the Times, Brock didn’t play organized baseball until he received an academic scholarship to Southern University in Baton Rouge, Louisiana where he earned a spot on the team. It was there that he captured the attention of a Chicago Cubs scout and was signed onto the team, making his major leagues debut in 1961.

But under the Cubs’ watch, Brock’s speed went largely untapped as the team was “reluctant to turn him loose” on the bases. Over his first two seasons, he hit only a combined .260 average.

In 1964, the Cubs lost hope in Brock and traded him for one of National League’s leading pitchers Ernie Broglio, in an agreement with the St. Louis Cardinals, who saw potential in Brock’s speed. It was “one of the most one-sided trades in baseball history, but hardly in the way that many envisioned,” writes the Times.

While Borglio won only seven games over the next two and a half seasons and then retired, Brock propelled the Cardinals to the 1964 World Series championship “and went on to turn around games year after year with his feet and his bat.” Over his career, he helped the Cardinals to three pennants and two World Series championships, and was elected to the Baseball Hall of Fame in 1985. The team retired his No. 20 and a statue in his honor stands outside Busch Stadium.

Born to a family of sharecroppers who picked cotton in El Dorado, Arkansas, Brock later recalled the inspiration he felt at age 9 when he heard that Jackie Robinson had broken Major League Baseball’s color barrier over the radio. “I felt pride in being alive,” he said. “The baseball field was my fantasy of what life offered.”

He is survived by his third wife, children, stepchildren and grandchildren.

University of Hartford to Drop Sports Teams to Division III

Six female Northwestern University faculty have sent an open letter to Provost Kathleen Hagerty regarding Northwestern’s announcement of Mike Polisky as its next athletic director. They are also planning to protest Friday with a march to President Morton Schapiro’s house, Chicago Tribune reported. Polisky – who had been Northwestern’s deputy athletic director for external affairs, […]