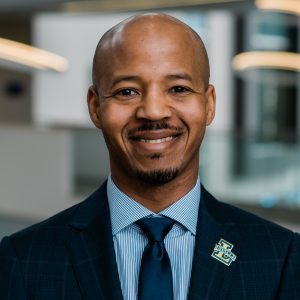 Ken Gormley, president of Duquesne University recently moderated a webinar about the impact of the NFL’s Rooney Rule and its contemporary relevance.

Duquesne University presented the timely webinar co-sponsored by the Atlantic 10 (A-10) commission on racial equity, diversity and inclusion (DEI). Gormley was joined by La Salle University athletic director Brian Baptiste (Gormley’s co-chair on the commission), attorney and sports law authority N. Jeremi Duru and Jim Rooney, son of the late Dan Rooney, owner of the Pittsburgh Steelers for which the Rooney Rule was named. Dan Rooney was an alum of Duquesne.

“The Rooney Rule and What’s Next: Equity and Access in Athletics and Beyond” began with a history lesson on the Rooney Rule, which the National Football League established in 2003 to address diversity in the hiring of head coaches. The rule requires teams to interview at least one minority candidate when looking to fill head coaching and general manager positions.

“When we had our first two commission meetings…there is no question that the central issue on the minds of the ADs and other athletic administrators from the 14 universities [in the A-10] was how do we begin applying that to us in a meaningful and bold way,” said Gormley. “I see this [webinar] as the first of a series of conversations where very much the goal is to get to results.

“Meeting with the A-10 presidents and discussing this commission and the work that we’re going to be doing, there is widespread buy-in in terms of all of the university presidents wanting to take some more creative and impactful steps than we’ve ever taken before,” he added. “This is going to be teeing up a lot of concrete discussions on the topic.” 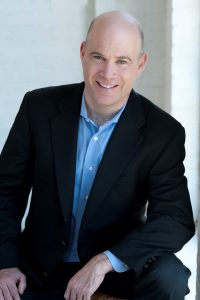 Some of Dan Rooney’s early steps toward diversity included drafting players from historically Black colleges and universities. That diversity gave the Steelers a competitive edge. When he was approached about diversity in coaching, he paid attention.

In sharing some of the history of the Rooney Rule, Jim Rooney said that his father had a definitive plan; listed to the opinions and information of others; and he executed the plan.

While attempts to install a version of the Rooney Rule to intercollegiate athletics, most notably football, have been stymied for various reasons, the rule clearly has impacted aspects of American sports and business. The West Coast Conference has a similar policy, the first Division I conference to do so. The state of Oregon has a law that requires state institutions to interview at least one qualified minority candidate for all open head coaching and athletic director positions, which has led to significant increases in diversity hiring. Companies such as Facebook, Pinterest and Patreon have similar policies. 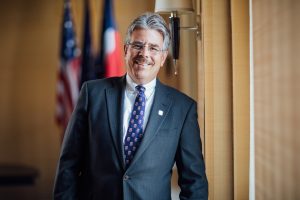 “We see traction in so many places,” said Duru, who teaches sports law, civil procedure and employment discrimination at American University’s Washington College of Law. “These entities see the success.”

Duru said the NFL needs to be bolder in the enforcement of penalties for violation of the Rooney Rule.

Gormley also serves on the NCAA’s diversity and inclusion committee.

“That’s why I’m optimistic there is true change in the offing,” he said. “Not just talking about pipelines, but also talking about concrete results with respect to diversity—that includes gender diversity—in coaching positions, AD positions and so on, is on top of the list of that NCAA committee.”

Presidents and ADs aren’t interested in simply bringing the Rooney Rule into colleges in universities, said Gormley, an attorney who has worked on civil rights issues throughout his career. Rather, it’s about understanding the foundational pieces to take leaps into new terrain. There is also discussion of new initiatives. For example, Gormley said there have been discussions about diversity statements to be made during the upcoming Division I basketball season.

“In our conversations among the A-10 presidents, if there was one message that was loud and clear it is we have to be bolder than we’ve ever been before collectively,” Gormley said. “I think you’re going to start seeing real changes. … There’s a real appetite for action.”

A Q&A With Shonna Brown From Conference USA

What are your responsibilities as associate commissioner for business affairs/CFO of Conference USA? As a member of the senior staff, I provide leadership and serve in an advisory capacity on all Conference business including, but not limited to, budget and finance, championships, external relations, student-athlete engagement, governance and personnel oversight and management. My direct responsibilities […]

Value in Western esports: The importance of League and CS:GO

When we discuss value in the Western esports industry, what are we usually referring to? And where is it found? Industry valuations are not the concern of this discussion; some believe the sector is worth around $1.1 billion while others think it’s closer to $25bn. Some academics think general publisher revenue from games considered ‘esports’ […]