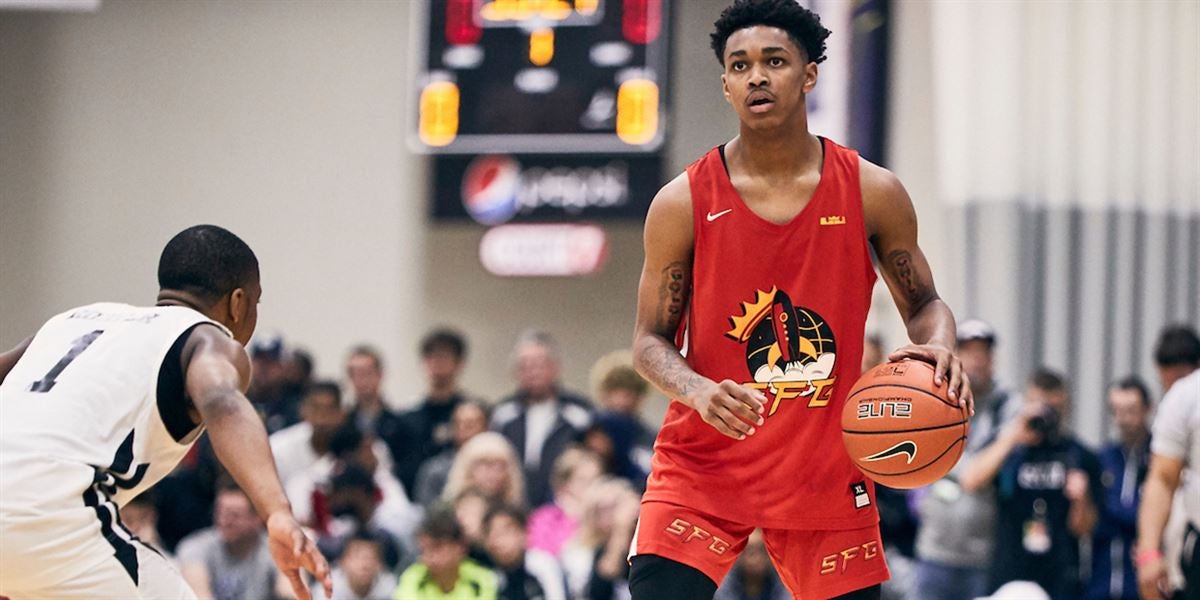 Dior Johnson, the No. 3 high school basketball recruit in the class of 2022 according to 247Sports, is nearing a decision.

The California native is slated to pick between Alabama, Kentucky, Oregon, Washington and the New Zealand Basketball League on Friday — the latter of which has come on strong with a lucrative offer for the 17-year-old point guard. According to Tipton Edits, Johnson’s estimated offer from the NBL is expected to be worth a whopping $1.2 million.

Johnson was originally committed to Syracuse, but backed off his commitment to the Orange in November. Once Johnson decommitted from Jim Boeheim’s program, many expected him to opt for the professional route and it looks like that is becoming his most likely choice ahead of his decision date.

“Good length and stature for a point guard,” 247Sports Director of Basketball Scouting Jerry Meyer said in his scouting report of Johnson. “Quick athlete with superb body control. Has tremendous instincts as a driver and passer. Delivers the difficult pass. Finishes the difficult shot. High-level lay-up maker. Has multiple fade-away moves to his right shoulder.

“Shoots the ball well enough to be considered a three-level scorer. Has the potential to rebound his position well and be a dangerous versatile defender. Has bounced around to multiple high schools, which some view as a yellow flag.”

If Johnson does wind up picking playing in the NBL over playing college basketball, he would not be the first high-profile recruit to do so. The NBL lured RJ Hampton away from the states recently and LaMelo Ball also suited up for the NBL after a stint playing overseas in Lithuania, where he exhausted his amateur eligibility.

RELATED: Evaluating Jalen Duren’s options if he reclassifies into 2021

A Kentucky high school football player is recovering from brain surgery after collapsing during a game over the weekend. North Bullitt High School senior Zach Vorbrink was showing positive signs of recovery on Monday, three days after suffering a brain injury that required emergency surgery. “This morning he was alert enough to know his name […]

Richmond men’s basketball defeated No. 10 Kentucky 76-64 on Saturday, Nov. 29. It was the program’s first-ever road win against an AP top-10 team. Source