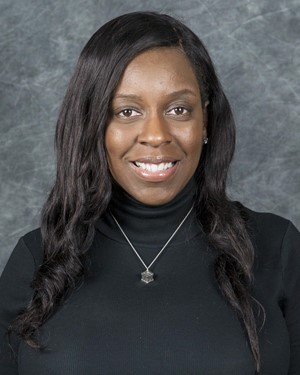 According to WAVY-TV, Roberts, 44, previously worked in the NSU athletics business office and took a chance and applied for the management job. She never played football before — but to Head Football Coach Latrell Scott, that was not a problem.
“I told her that we would teach her everything that she needed to know,” Scott told WAVY-TV, later adding, “She jumped in with both feet. She’s been a fast learner.”
Roberts, who got the job in September, handles “everything that takes place off the field.” That includes housing, financial aid, football camps, meals, academics, coordinating with NFL scouts and COVID-19 mitigation efforts.

Study: Collegiate Esports Is Booming, But Women Are Being Left Behind

Varsity esports programs are rapidly expanding onto the collegiate scene, but women players are being left behind, according to a North Carolina State University (NCSU) study, “Gender and the Two-Tiered System of Collegiate Esports,” published earlier this month. While casual, club-level esports teams remain diverse, the study found that varsity-level teams — notably those which […]

Pro Football Hall of Famer Deion Sanders was named head football coach at Jackson State University, an HBCU based in Jackson, Mississippi, according to The Associated Press. Deion Sanders Sanders is currently the offensive coordinator at Trinity Christian School-Cedar Hill in Texas.  This will be his first stint as a head football coach. Acting Jackson […]

March Madness returned in 2021, after being shut down by COVID-19 in 2020. As conferences and the NCAA sought to recover some of the losses associated with last year’s canceled men’s basketball tournament, teams and a very limited number of fans returned to coliseums this spring with restrictions in place, but with cautious optimism and […]