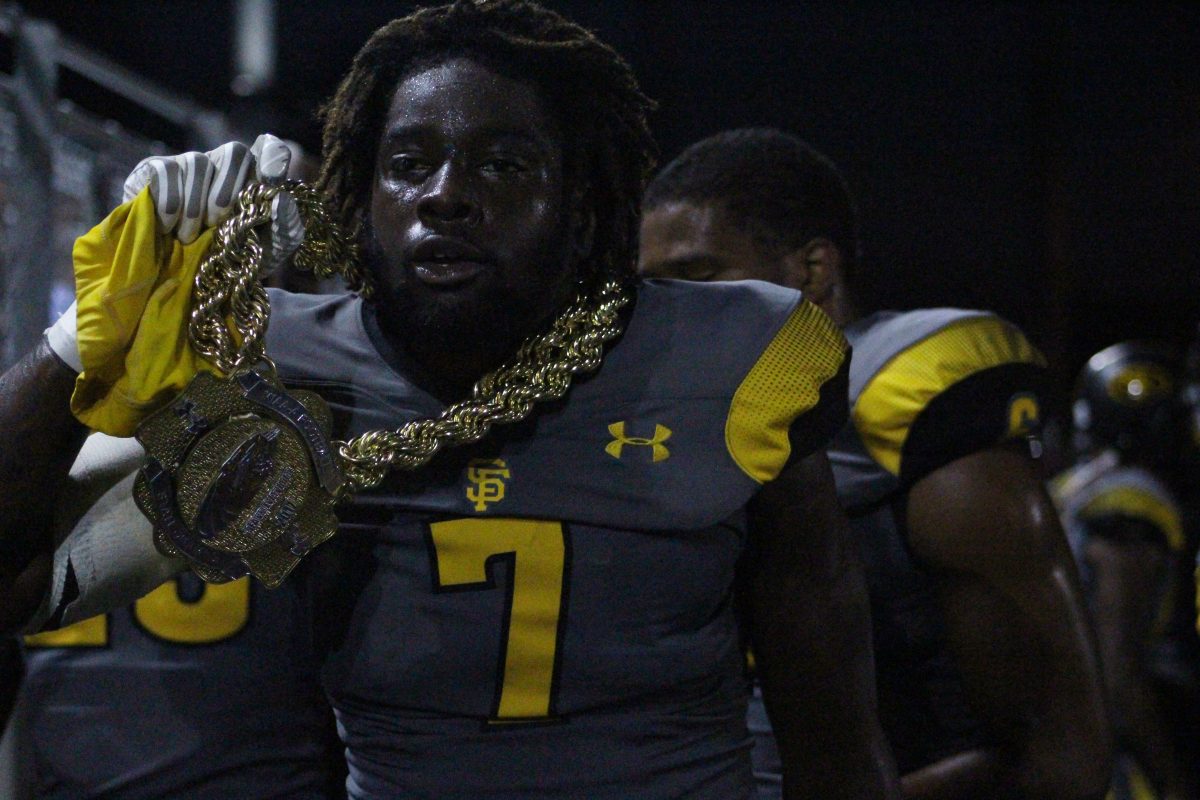 St. Frances Academy started its season with a loss against St. Thomas Aquinas in Fort Lauderdale. It ended on the highest of high notes with a stunning upset win over IMG Academy in Bradenton on Friday night.

IMG Academy found itself behind the eight ball before ever taking the field against St. Frances Academy, as senior quarterback and Florida State commit AJ Duffy was out with a finger injury suffered earlier this month. With Duffy out, the Ascenders were forced to turn to freshman Ryan Downes, who already has a Power 5 offer from Indiana under his belt.

St. Frances Academy jumped on IMG Academy early with a 62-yard rushing touchdown by Durell Robinson to take a 6-0 lead just 22 seconds into the game. IMG Academy got on the board with a field goal later in the first quarter to make it 6-3, but St. Frances answered right back with an 80-yard touchdown pass to push its lead to 12-3 after an unsuccessful two-point conversion attempt.

IMG Academy threatened with an answer of its own on its ensuing drive, but fumbled the ball away deep in St. Frances Academy territory. The Ascenders then turned the ball over on downs near midfield on a failed fake punt. St. Frances Academy took advantage of the short field, as Lamar Patterson scored on a two-yard jet sweep to make it an 18-3 game.

St. Frances Academy came up big on special teams again the following drive, as it blocked a punt that was recovered in the end zone for a touchdown. The Baltimore powerhouse finally converted on a two-point conversion after the special teams, score making it 26-3.

IMG Academy made it a 26-18 game just before halftime thanks to touchdowns by Penn State commit Kaytron Allen and Alabama commit Jaleel Skinner, but St. Frances Academy’s defense dug in over the final two quarters and kept IMG Academy’s dangerous offense mostly at bay.

Allen scored again on an eight-yard receiving touchdown to begin the second half, but that was it for the Ascenders on the night. St. Frances Academy scored later in the third quarter to go up 34-24 and that held up as the final score with neither team putting points on the board in the fourth.

St. Frances Academy’s second and final trip to Florida this season went far better than the first. The Panthers are now 2-1 all-time against IMG Academy and denied the Ascenders their fifth undefeated season in seven years.

Most importantly, they reminded everyone that they can play with the top dogs in the nation on any given weekend.

Creighton at Villanova and 14 more college hoops picks this week

Colorado beats Georgetown, 96-73, to advance to the second round of the NCAA tournament.Source