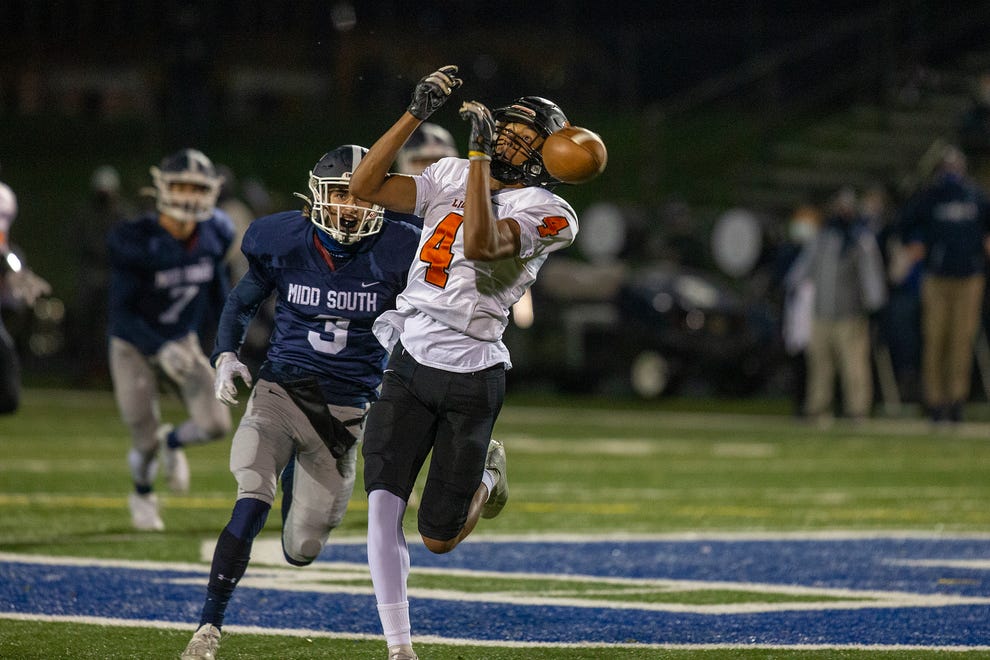 For the first time in 45 years, New Jersey high schools Middletown North and Middletown South will not do battle on the gridiron on Thanksgiving Day.

After 17 positive COVID-19 cases at the two schools in the last two weeks, including one on each football team, the Middletown School District has canceled fall sports for the remainder of the season. According to district athletic director Rich Carroll, athletic activities at the two Middletown high schools are suspended until Dec. 7, as is in-person instruction.

“All in-person co-curricular and athletic activities will be suspended for the duration of the temporary building closure,” Superintendent of Schools Mary Ellen Walker said in a letter to Middletown North and South parents.

Walker’s decision outraged parents in Middletown, who have planned a protest rally set to take place Sunday morning. Middletown South’s field hockey and girls soccer teams were each the top seeds in their respective sectional tournaments, while its cross country team was denied the opportunity to defend its sectional championship on Saturday.

“After consultation with local health officials, the central administration made the decision to shut down all athletic activities until Dec. 7,” Carroll said.

Middletown South canceled its scheduled football game at Toms River North High School on Friday afternoon after a positive COVID-19 test in its program, according to Carroll. Middletown North also had a player test positive for coronavirus on Saturday morning, prompting the Lions to cancel their game against Ocean Township High School.

Middletown South defeated Middletown North, 28-9, on Oct. 30. Facing pressure from the community, Walker scheduled a second matchup between the two teams on Oct. 26 in order to ensure its Thanksgiving Day tradition continued. Fellow Shore Conference rivalries Asbury Park vs. Neptune and Manasquan vs. Wall were also played in-season because of coronavirus.

“We scheduled the North-South game in-season just in case we didn’t make it to Thanksgiving Day [because of COVID-19],” Carroll said.

Watch what Jalen Suggs and Gonzaga head coach Mark Few had to say after a buzzer-beating overtime victory against UCLA in the Final Four.Source