AthleticDirectorU has partnered with Navigate to present a rich prediction model for this season’s College Football Playoff. From which blueblood programs are most likely to make the CFP to chances for the likes of Cincinnati and BYU, as well as scheduling reworks that could improve the Cougars’ odds. Notably, Navigate’s predictions are based on 3,500 simulations of the rest of the season. Dig in. 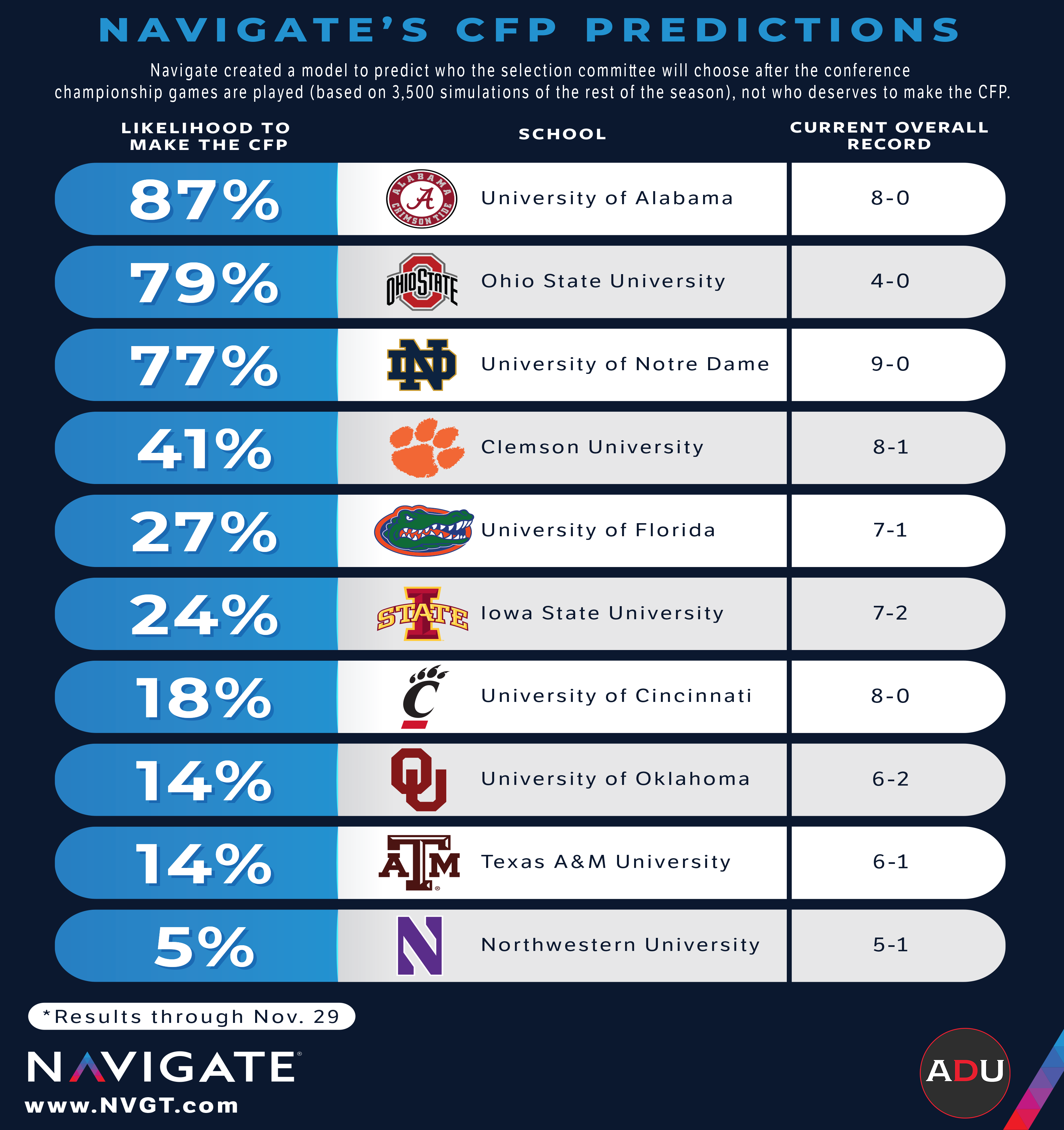 WITH THAT OUT OF THE WAY, ON TO THE CURRENT PROJECTIONS …

The sober Dutch approach to esports

The vicious slash of 2020 didn’t quite find the achilles tendon of esports, but even the largest event of the largest esport, League of Legends Worlds, moved with a visible limp; only the final between DAMWON and Suning hosted a live audience. Without live events, sports just don’t have the same spirit. eDivisie, the official […]

The NCAA will allow a limited number of fans at the 2021 Division I Women’s Basketball Championship being held in the San Antonio region, with a capacity of up to 17% from the Sweet Sixteen through the Women’s Final Four. The decision to limit capacity while requiring masks and physical distancing was made in conjunction […]