Student-athletes all have some level of investment in their particular sport. This investment can come in the form of effort, time, emotions, money, hopes, and dreams. Perhaps the most impactful investment that they make is the investment of their identity. This is the level in which one’s view of their self is defined as being an athlete in their sport. How one defines themselves and how others define them makes up their identity.

Athletes can face a crossroads when the thing that they were hanging onto, the athletic career, is gone. They can go from being celebrated to not even acknowledged after their eligibility has expired or their formal participation as player in college sports has ended. There can be a scramble to find their place in the world. A person’s athletic identity investment or how much they are “more than an athlete” depends on their individual valuation of the importance of being considered an athlete and how much of their identity is based on it. It varies from person to person. What is meaningful to one person may not have any meaning at all to another. 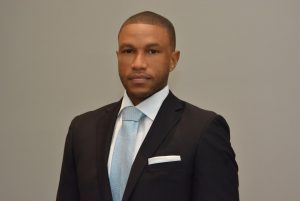 The impact of the COVID-19 pandemic has the potential to accelerate an identity crisis in people depending on their level of athletic identity investment. All sports and sporting experiences were altered to some extent by the pandemic. Some seasons were cancelled altogether while others were delayed. They all had some level of restricted fan access to view the games. In several college sports, student-athletes were able to play their seasons without losing a year of eligibility as they normally would. This combined with the implementation of the recent one-time transfer waiver rule where student-athletes are allowed to transfer without sitting out a year, has created many more available student-athletes for the same number of scholarship spots.

The inevitable consequence of this will be many prospective student-athletes who would usually sign college scholarships not having the opportunity to and then either not playing at all or playing at other levels of college athletics that may not have been their initial desire. This could potentially be devastating to individuals who had an elevated level of their identity investment in being a college athlete.

Some key questions are how much of the value that they see in themselves is predicated on the approval or external valuation of them by coaches and recruiting services? Have they bought into the narrative that sports are their only vehicle of social mobility? How much of their identity and elevated status is attached to being an athlete?

This predicament presents both challenges and opportunities for the student-athletes themselves and the many others who help to groom them at various levels of their development. Many athletes go into an unspoken, undiagnosed, and untreated depression after they have seen something that they invested their life into disappoint them. At that point the game and those who were attached to the game can become resented and even hated. If there is not adequate mental and psychological preparation, then problems will occur that could have been avoided.

Too many young people are being lost to a broken spirit and a shattered identity after their playing careers are over. The identity crisis that can occur at the end of formal competitive athletics should be anticipated, planned for, and proactively acted on. Colleges and universities should not just discard individuals after their playing careers are over.

In basketball the use of a “pivot” is one of that prepares a person to move effectively in any direction. Being prepared to pivot and not being locked into one position or posture is a key to success on the court and in life. The ball will stop bouncing for everyone at some point. There should be a structured and regimented way to transfer the traits and characteristics that produced athletic success into other endeavors.

The skills and transferrable features that were cultivated over all of those years playing a particular sport should not be dead and buried at the conclusion of one’s playing career. The setback of losing one’s status and position as an athlete should be a setup to pivot into other areas where they can achieve even greater things. The ability to read defenses and put together strategies to counter them is transferrable. Being able to see and anticipate traps is transferable. Leading and motivating your teammates is transferrable.

Battling through adversity and coming back from significant odds is transferrable. Gracefully handling being demoted or going from a starting to a reserve role without losing your enthusiasm for the game or the team is transferrable. Changing positions or even playing outside of your “natural” position for the benefit of the team is good training for what goes on in the world of work and is transferrable. Accepting critical feedback in the moment and producing results in a highly competitive environment is transferrable.

A shift in mindset is the first step towards seeing a shift in behavior. When individuals change their actions and patterns then it can have a ripple effect on communities and regions. This is key to helping so many young people avoid having their broken sports dreams derail them from achieving their aspirations in other areas of life. This is the kind of paradigm shift that can happen if this inflection point in the world of college athletics is used in a transformational way.

Dr. Marcus Bright is a scholar and educational administrator.

Florida A&M University (FAMU) has partnered with athletic apparel brand Nike and NBA star LeBron James for six years, UPROXX reported. The partnership contract applies to all 15 sports at the school. The school’s men’s and women’s basketball teams will now be “Team LeBron”, with James’s crown icon on their uniforms and their new FAMU […]