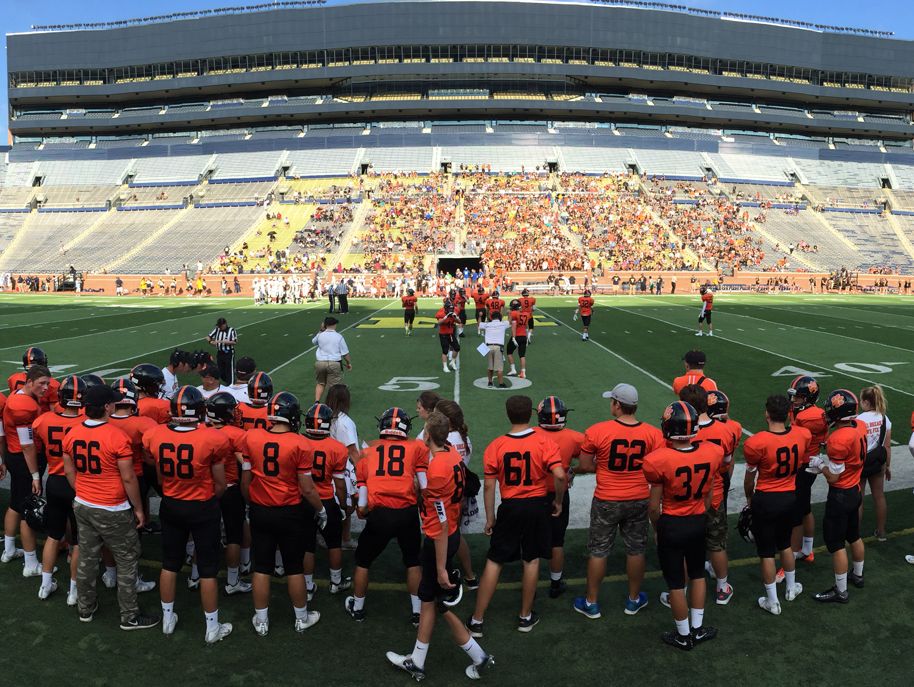 High school sporting events in Michigan are about to get a bit more crowded than they have been for the last month.

On Tuesday, the Michigan High School Athletic Association an increase in its spectator limits from two fans per participant to up to 1,000 fans per venue, according to MLive.com. Michigan’s new spectator policy goes into effect immediately. The increase was originally slated to take effect on Friday, Oct. 9, but applied to any competition beginning on Tuesday afternoon.

The new spectator policy replaces the MHSAA’s two-spectators-per-participant limit, which was set to expire upon the start of Gov. Gretchen Whitmer’s Executive Order 183 on Oct. 9. The order allows for outdoor social gatherings of up to 1,000 people as long as persons not part of the same household practice social distancing. Spectators must also wear face coverings.

Schools have the option to maintain the original two-spectator-per-participant policy.

The sixth-ranked Arizona Wildcats are NCAA.com’s Team of the Week in women’s basketball. Source

French game developer Ubisoft has renewed its partnership with online payment processor PayPal through to September 2022, the company announced on Thursday. The agreement will name PayPal as the official payment platform for multiple competitions across the Rainbow Six Esports circuit. RELATED: FACEIT and Ubisoft launch North American FPL for Rainbow Six Siege Some of the […]

Winning is nothing new to Stanford’s head coach Tara VanDerveer — but Dec. 15 marks a special day as the winningest coach in women’s basketball history (1,099). Source