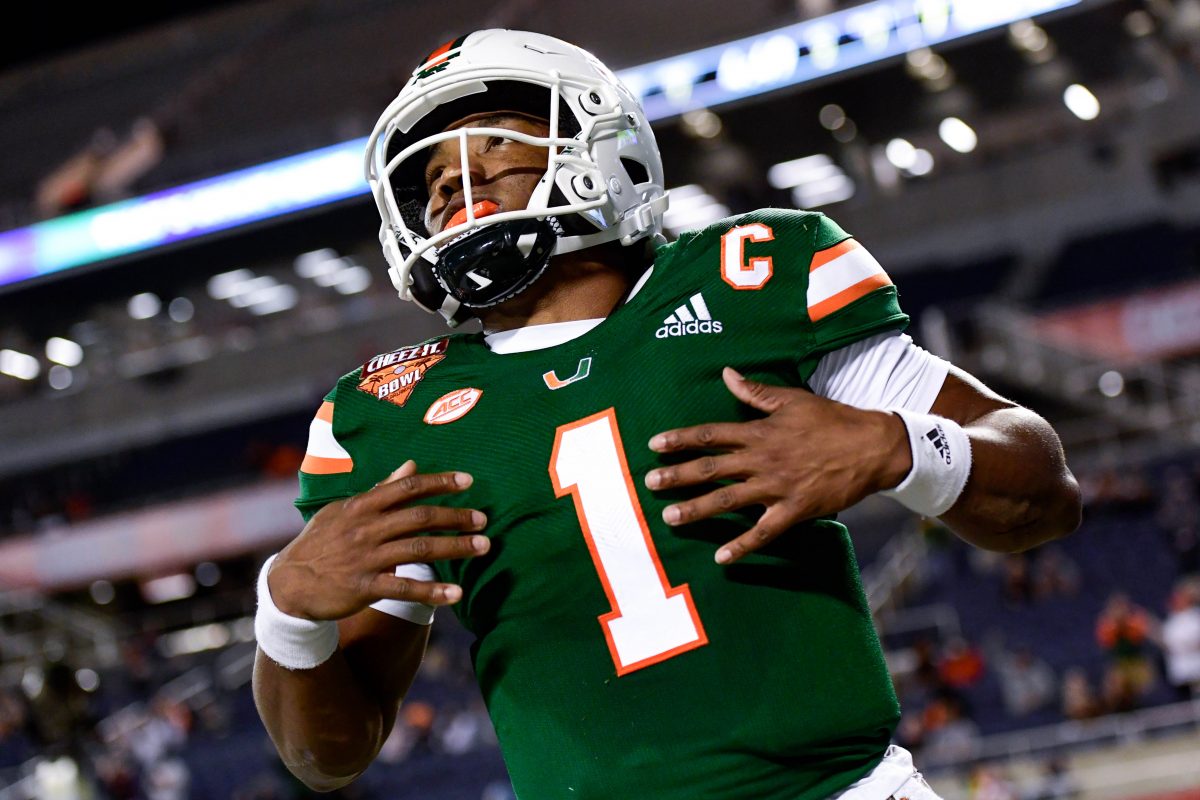 Miami’s football program is no stranger to going after big-name recruits — especially the ones with celebrity pedigree.

The Hurricanes extended scholarship offers to the sons of NFL Hall of Famers Edgerrin James and Jason Taylor, as well as the son of famed rapper Rick Ross. Eden James and Mason Taylor are both class of 2022 recruits, while William Roberts, Ross’s son, is a class of 2024 prospect.

Like his father, James stars at running back and posted 751 rushing yards and nine touchdowns on only 82 carries for Port St. Lucie (Fla.) Treasure Coast. James also holds an offer from Howard, according to 247Sports.

Roberts played on the varsity level as a freshman, featuring on St. Thomas Aquinas’ offensive line on its journey to a state championship. Although his father never pursued a professional career, football throughout Roberts’ blood, as Ross attended Albany State on a football scholarship. Roberts also added an offer from Syracuse on Wednesday.

What’s next for Syracuse’s Quentin Hillsman, Tiana Mangakahia now that we’ve got a start date for hoops

Syracuse guard Tiana Mangakahia and head coach Quentin Hillsman share their excitement on the return of basketball with NCAA.com. Source

Arkansas defeats Oral Roberts to advance to the Elite Eight

Arkansas knocks off Oral Roberts to advance to the Elite Eight.Source