When Keyontae Johnson, a 21 year old basketball player, agreed to play NCAA basketball at the University of Florida, he had no idea about the trauma that he would experience. Keyontae contracted COVID-19 in August and after passing physical screenings, he collapsed while playing basketball. He was then diagnosed with a rare heart disease that would impact him for the rest of his life. He was also placed in a medically induced coma as doctors fought to save his life. Luckily for Keyontae, he was able to recover and is back on the sidelines at the University of Florida while managing his heart condition. Many suspected that the heart condition was linked to COVID-19 and had concerns about NCAA athletes contracting the virus while playing sports.

A huge concern for Keyontae and many others is the NCAA’s failure to provide long-term medical care for athletes who are seriously injured and/or contract COVID-19 while playing NCAA sports. The massive revenue that the NCAA generates and its failure to provide long-term healthcare benefits shows the economic injustice that exists for NCAA athletes.

The NCAA generates $867.5 million annually on championship television and marketing rights and $177.9 million on tickets sales. The NCAA spends over $100 million dollars on legal services, communications, business insurance, and general and administrative expenses but has no requirement for a single dime to be paid on future healthcare or medical expenses for athletes who experience brain damage including CTE (a degenerative brain disorder that is common among athletes who have had concussions), suffer serious injuries, or contract COVID-19 while they were playing NCAA organized sports. The NCAA’s only policy covers catastrophic injuries and the bills for some of those injuries while the athletes are participating in NCAA organized sports, and not after graduation. Many athletes also lose their scholarships when they sustain these serious injuries and some have no financial means to finish their degree programs.

This issue is made worse when it becomes clear that the athletes who are generating this revenue, often to their own detriment, are often Black athletes from poor backgrounds. The National Bureau of Economic Research analyzed the revenues among 65 athletic departments at the NCAA’s highest revenue generating programs, Division I men’s basketball and football. Almost 60% of the athletes in these revenue generating sports programs are Black athletes who come from impoverished neighborhoods. The uncompensated labor of these athletes, many of whom do not have a financial safety net from their families, funds the NCAA. 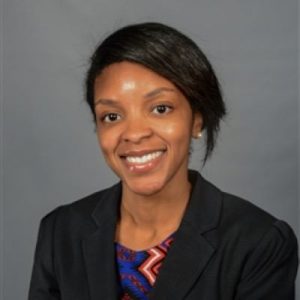 The NCAA’s glaring refusal to pay for future medical expenses for injuries suffered while playing NCAA sports is made worse by the dismal rate for NCAA athletes to enter professional sports. For example, 1.2% of the men playing NCAA basketball and 0.8% of the women playing NCAA basketball enter the NBA and WNBA, respectively. The remaining 98.8% of these young men and 99.2% of these young women must balance their medical expenses and long-term healthcare without the financial resources that some assume would be available to them as professional athletes.

The NCAA has a lot of work to do to remedy the injustices of its enterprise where only 13% of men’s coaches and 14% of women’s coaches are minorities. The same system where some coaches make in excess of $9 million dollars a year and the athletes – and unpaid laborers – have historically lived below the federal poverty line. A system where many of these athletes leave college sports with medical debt, student loan debt, and no prospects of playing professional sports. In fact, only 1% of college athletes receive full scholarships and the remaining 99% often graduate with significant student loans.

As society continues to expose social injustices and issue calls to action, sports remain in the forefront of these discussions. For example, on December 20, 2020, Worth Rises, an advocacy group that is seeking to eradicate privatization and exploitation in the prison industry, took out a full page advertisement in the New York Times that calls for Tom Gores, the owner of the NBA’s Detroit Pistons, to sell his franchise because of his personal and professional involvement in the exploitation of prisoners.

Specifically, Tom Gores is the CEO and Founder of Platinum Equity, which is a telecommunications company that has systemically exploited prisoners and their families. Platinum Equity made $700 million annually through price-gouging poor, Black and Brown families by charging outrageous prices for making phone calls. One example that Worth Rises provides is that Platinum Equity charges inmates and their families as much as $15 for a 15 minute phone call. The Worth Rises call to action seeks to compel the NBA and its owners to require Tom Gores to sell the Detroit Pistons franchise to an owner that will value and uphold the NBA’s commitments to social justice.

This is all occurring in the same NBA that has committed $300 million dollars to empower the Black Community. The NBA and the NBA Players Association have also established the National Basketball Social Justice Coalition. The Coalition is designed to advance equity and social justice.

As advocacy organizations shed light on the hypocrisy of organizations that are publicly claiming to fight for social justice while they institutionalize injustices themselves, how does the NCAA fall into this discussion?

The NCAA claims to be a proponent of social justice and activism for its athletes. The NCAA even instituted a virtual training program to teach athletes about how to use their platform to propel meaningful change. The NCAA, much like the NBA, now has to take a look at its own institution and how its actions are contributing to the injustices in society that it claims to want to help athletes change.

For NCAA players, social justice means having the billion dollar enterprise cover long-term health insurance costs from serious injuries, contraction of COVID-19 and other impacts from playing NCAA sports. It means creating a revenue sharing system where no athlete will be below the federal poverty level and where athletes have a share of NCAA revenue. I propose that at least 10% of the NCAA’s annual revenue be set aside for all athletes, regardless of gender, sport, or school. An athlete-only committee will have the opportunity to vote on how to use that money to best serve the needs of athletes each year.

So much of what college athletes can and cannot do is not within their control. Student athletes often spend over 40 hours a week on games and practices which leaves little to no time for working or life outside of sports. Currently, the NCAA is operated through committees which primarily comprise college and university presidents and athletics directors. For instance, the NCAA Division I Student Athlete Experience Committee is comprised of 12 people. But only two student athletes. What is the rationale for having student athletes be a substantial minority in the very committee designed to address their experience?

If the NCAA really wants to gauge and improve the student athlete experience, address student desires for more diversity in coaching, and their issues with poverty, then students must have a voice in their NCAA experience and must control a portion of the revenue – that they themselves generate – to bring power to their ideas for meaningful change including those related to healthcare and revenue sharing.

Keisha Williams is a union-side labor attorney, an adjunct professor of Law at the University of Maryland School of Law, and a Public Voices Fellow of The OpEd Project.

In a letter written to the University of Kentucky president in July, faculty members at the school had outlined multiple steps to advance the school toward racial equity, including the removal of the name of former UK head basketball coach Adolph Rupp from the school’s arena. About a month later, John Calipari, UK’s head men’s […]

Dr. Catana Starks, a Tennessee State University golf coach and alumna, died on Sunday at the age of 75. She leaves behind a legacy of being the first African American woman to coach an all-men’s team at the collegiate level, reports WMC5 News. Starks coached the TSU men’s golf team from 1986 to 2005, leading […]