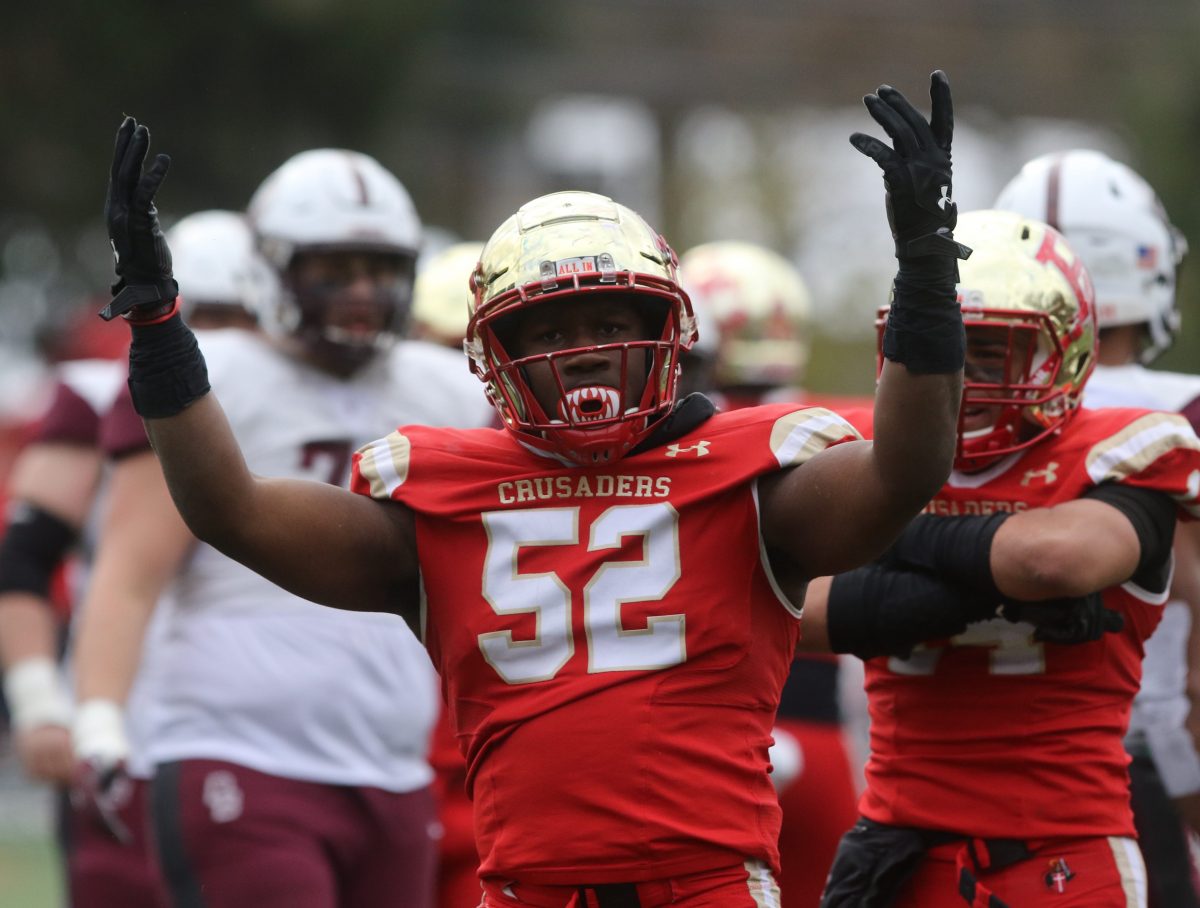 Bergen Catholic and Delbarton, two of the top-ranked high school football teams in New Jersey, were on the field and ready to do battle in what was considered a state semifinal matchup on Saturday afternoon.

And then COVID-19 struck.

A negative rapid test result for a Delbarton player turned into a positive as a result of a PCR test moments after Bergen Catholic ran out onto the field for a scheduled 1 p.m. kickoff. Officials were made aware of the positive test results and told teams to retreat to their respective tents. After a 15-minute delay and a meeting between officials, Bergen Catholic coach Vito Campanile and Delbarton coach Brian Bowers, the game was canceled.

“I think it’s really heartbreaking,” Campanile said, per NJ Advance Media. “You put in over 1,000 hours of your life on a yearly basis and to get cheated out of this after you’ve run out of the gate? It doesn’t sit well with anybody. There’s so many opportunities you can get. This is probably the most extreme I’ve seen. I don’t understand how this happened.”

Delbarton’s athletic office released a statement later Saturday afternoon, stating a member of its football team tested positive for COVID-19 and, “in order to protect the safety of players and coaches on both the Delbarton and Bergen Catholic teams, and following guidance from Delbarton School Nurse Deirdre McAuliffe and the Morris Township Board of Health, we made the decision to cancel today’s game.”

Saturday’s cancelation marked the end of a special 2020 season for Delbarton and its 25-man senior class. The Green Wave were in the midst of one of their best seasons in school history, sitting at 6-0 after victories over DePaul Catholic and storied Don Bosco Prep propelled them to the top five of the state rankings.

“I have no words. I’m trying to process it. I just…can’t,” Bowers said. “I can’t really comprehend what just happened. I’m just really sorry for everybody right now. I’m sorry first and foremost, for my players and equally the Bergen Catholic players and coaches. This was going to be a great game. I feel terrible that it’s not happening.”

Official Netherlands FIFA esports league KPN eDivisie has announced its fifth inaugural season, which will kick off November 9th.  Beginning next week, matches will take place every Tuesday at the H20 Esports Campus, north of Amsterdam. According to the release, the league will also be broadcast live on Twitch and Youtube, as well as returning […]