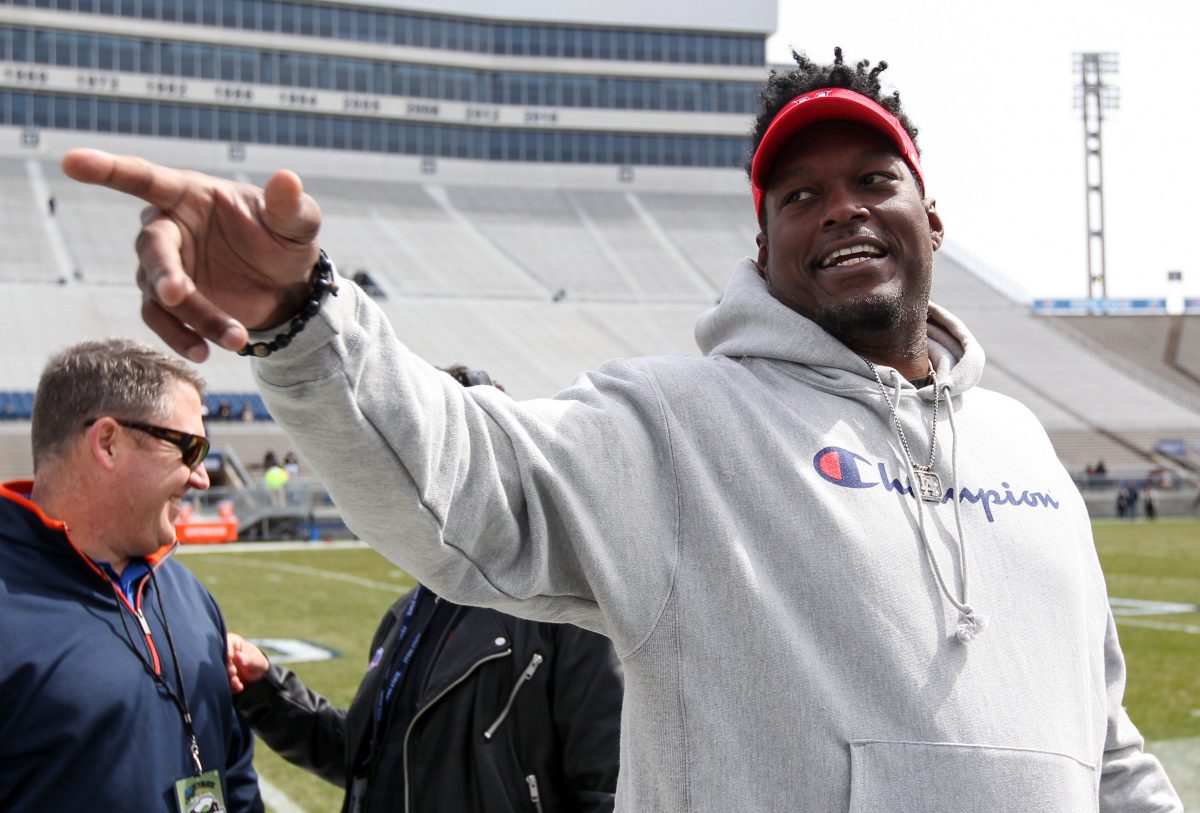 Former Washington Football Team and New York Giants linebacker LaVar Arrington has worked in many capacities inside football since wrapping up his seven-year playing career in 2007.

In 2018, Arrington became the head coach at Maranatha High School in Pasadena, California. His stint as the program’s leader came to an abrupt end earlier in May, though, as he stepped down after three seasons in which he amassed a 15-10 record — including a perfect 3-0 COVID-19-shortened spring season.

Last Friday, Arrington finally provided some insight into his decision to resign as Maranatha’s head coach. The way the three-time Pro Bowler saw it, he had accomplished all he could at the school given the lack of internal support from the school’s administration.

“If you look at the history of Maranatha, while I thought I did very well under the circumstances, it’s not a school where you can become a prominent program under the current leadership, it’s as simple as that,” Arrington said, per the Pasadena-Star News. “There’s no bands, no (real) bleachers, I’ve done all I can at that school, and my son will be a freshman next year and I’m not going to bring my son into a situation like this, or a culture like this.

“There’s poor leadership at the school and you can’t be the football program that I envision under that type of leadership, so it was time to move on.”

Before becoming the head coach at Maranatha, Arrington worked as an analyst in the NFL and an assistant coach at California powerhouse Long Beach Poly in 2017. He had assembled a high-profile coaching staff at Maranatha, headlined by Akili Smith, a former star at Oregon and No. 3 pick in the 1999 NFL Draft, as the offensive coordinator.

“I can’t want it more than you do,” Arrington said. “We were starting to have a problem with numbers and getting enough players at the school to be a competitive football program. I wanted to be more than that, and you need leadership and commitment at the top to become more than that.

“It just wasn’t a culture going forward that I could bring my son into. And if I couldn’t bring my own son in, how could I look at the parents of our players in the eye and stay there?”

Emoni Bates, Chet Holmgren among finalists for Naismith Player of the Year

Arkansas defeats Oral Roberts to advance to the Elite Eight

Arkansas knocks off Oral Roberts to advance to the Elite Eight.Source

Esports Media Inc, the multimedia company behind news outlet Esports.gg,  has announced a partnership with esports and sports betting platform Midnite. The deal will see Midnite provide Esports.gg with data that can be used in the outlet’s content creation process.  Credit: Midnite RELATED: Exclusive: Betway and G2 Esports team up in ‘next level’ partnership Christian […]