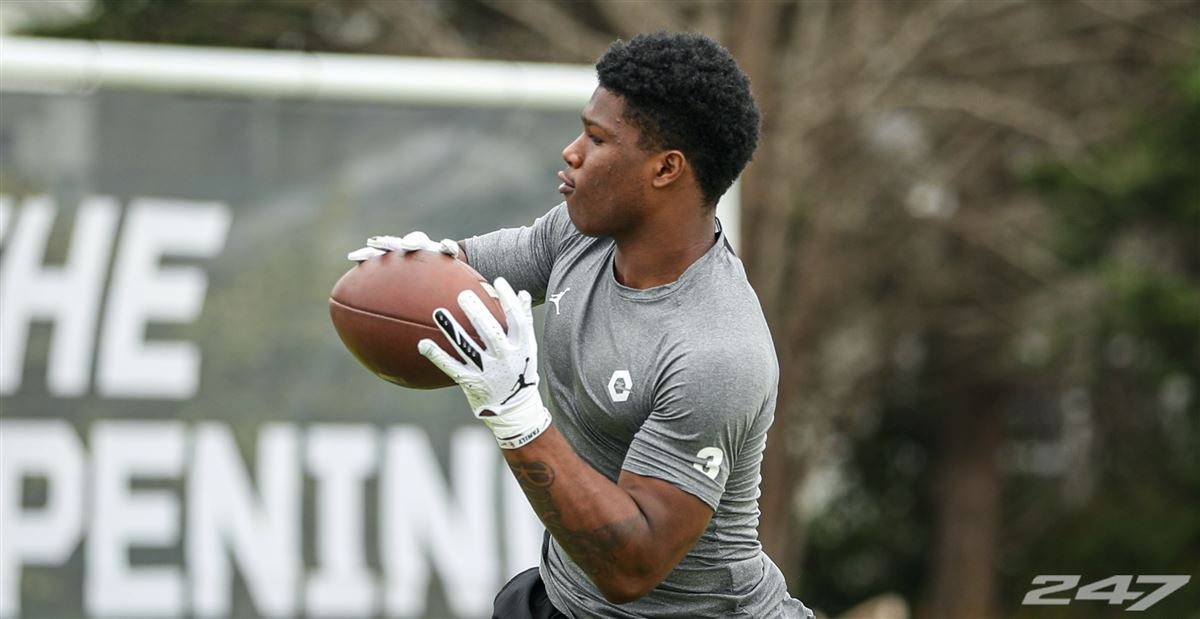 Lincoln Riley left Oklahoma for USC on Sunday and one of his prized 2022 recruits might be joining him in Los Angeles.

Five-star Mater Dei (Calif.) running back and current Oklahoma commit Raleek Brown took to Twitter after news of Riley’s departure for USC spread like wildfire, teasing a potential flip from the Sooners to the Trojans.

Brown winding up at USC was always a possibility — Riley or not. He took an official visit with the Trojans during the summer despite his commitment to Oklahoma and USC continued trying to flip him throughout the fall. Brown seemed locked in with Oklahoma after months of flirting with USC, but the possibility of him winding up in the Pac-12 now increases dramatically.

Brown is the No. 2 running back and No. 34 recruit in the class of 2022, according to the industry-generated 247Sports Composite rankings. His scouting report reads:

Undersized but fairly well-built all-purpose type of back with electric top-end speed verified in track and combine testing environments. Ran multiple sub-11.00 100’s and a verified 4.47 40 as a freshman in high school. That speed fully translates to the field. Combines game-breaking top end with impressive short-area suddenness and mobility. Quick-footed and explosive laterally. Twitchy when redirecting and bursts out of cuts, whether from the backfield or running routes. Capable pass-catcher who can move to the slot and not miss a beat. Presents dangerous matchup for opposing linebackers and safeties in the passing game. Type of offensive weapon who can move around the formation and be used creatively. Also a return game option. Limited physical upside because of shorter stature and frame. Will need to maximize strength to help compensate for lack of size. Dynamic big-play weapon who can align in the backfield or in the slot. Projects to high-major level as an impact player with long-term NFL Draft potential.

Women’s NCAA tournament predictions, from the Sweet 16 to the national championship

See which teams Autumn Johnson predicts will make it to the Sweet 16 — and further — in the women’s 2022 NCAA tournament.Source

When former NFL running back Jahvid Best became the head coach at Saint Mary’s High School in the San Francisco Bay Area last month, C.J. Anderson was one of the first people to call him and offer congratulations. Now, Anderson is on the receiving end of those congratulatory phone calls after taking over a high […]