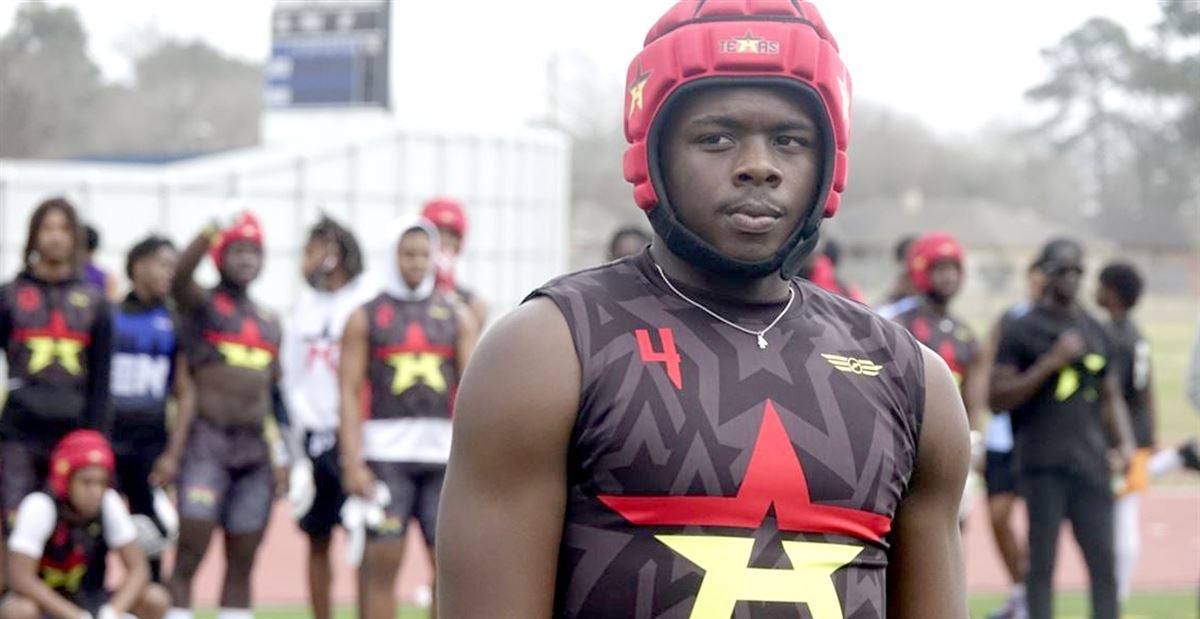 The lone member of Texas’ 2023 recruiting class backed off his commitment on Thursday morning, as five-star El Campo (Texas) running back Rueben Owens decommitted from the Longhorns.

“I am beyond thankful for all of the love and support from the Texas Longhorn coaching staff, fanbase, and recruiting media,” Owens wrote on Twitter. “There is a lot to carefully evaluate especially this early and now I see that, although the Univ of Texas will still be one of the programs I consider I am officially decommitting and reopening my recruiting campaign.

“I would like to thank everyone for their continued support during this process, we only get one shot at this decision & would like to make sure it’s the best fit for me & my future when I decide. Thanks for everything Longhorn nation during the time of my commitment.”

Owens committed to Texas in February and was recently in Austin for an unofficial visit along with many of the Longhorns’ top 2023 targets. However, Owens picked up a slew of high-profile offers during the NCAA recruiting dead period, likely prompting his decision to open things back up in an effort to make an informed decision on his future.

Owens is ranked as the No. 2 running back in the nation and No. 4 overall class of 2023 recruit in Texas, according to the industry-generated 247Sports Composite Rankings. His scouting report reads:

“Possesses the requisite frame of a high-major running back with space add mass. Looks and plays taller/longer than listing with open-field gait on the longer end of the spectrum that fosters speed-building ability at the top end. Production jumped from freshman to sophomore year with obvious big-play punch (10.79 ypc). On-field play speed is a strength. Flashes impressive short-area suddenness with agility to make defenders miss in the hole. Redirects well and does not gear down much when changing direction. Couples those traits with impressive burst and acceleration to reach top speed quickly. Shows good contact balance at the second level. Limited track data suggests room to improve long speed, though functional play speed is strong. Appears to be capable pass-catcher out of the backfield but lacks ideal opportunities in that category. Runs a bit high at times and can improve pad level consistency. Early returns suggest one of the nation’s top 2023 running back prospects. Projects to high-major level with long-term potential to play beyond college.”

Why Gonzaga’s Drew Timme is an All-American candidate

Gonzaga’s Drew Timme has had a breakout sophomore season and is a legit All-American candidate because of his efficiency, free-throw shooting and offensive rebounding.Source