As leaders in intercollegiate athletics convened virtually at the Intercollegiate Athletics Forum (IAF), the discussions centered on how college sports have navigated this unprecedented year.

The IAF is an annual fixture. As many events have done this year, the conference, which is usually a hub of networking and vibrant discussions, moved to a virtual space. While participants expressed how much they miss live interactions, they noted that the affordability of digital platforms such as Zoom may be a vital cost-cutting measure that helps college sports move forward. 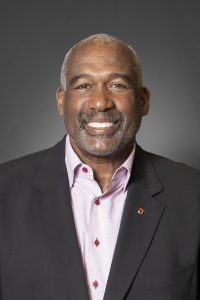 IAF opened with the annual one-on-one interview between Dr. Mark Emmert, president of the NCAA, and Abraham Madkour, publisher and executive editor of Sports Journal.  The discussion began by noting that, at the end of 2019, Emmert said the majority of his focus for 2020 would be issues surrounding name, image and likeness (NIL).

While COVID-19 and the cancellation of many intercollegiate sports has been the most pressing concern, NIL is still an important issue. With several state laws on NIL due to take place — Florida is up first in July — Emmert said it’s important to address NIL on a national level so that rules are uniform across college sports.

“We can’t move forward with our legislation until we have a legal framework within which to do it,” Emmert said. “We need Congress to act, but we’re also trying to signal to everybody that we’re ready for this and we’re going to move forward if we possibly can. We need to do it in a way that supports college athletics and is not destructive.

“You cannot run a national competitive sports model with fairness and equity that has 50 different sets of rules. We need some sort of preemption [from Congress] and we’d like it, obviously, before the first laws kick in at the state level. If we can’t get there, we’re going to have a chaotic landscape.”

Division I men’s and women’s basketball have begun play. While there have been some postponements and cancellations, Emmert complimented the institutions for their resiliency and for doing the utmost to promote the health and safety of student-athletes. Discussions are underway to hold post-season in a bubble situation similar to what the NBA and WNBA did this past summer. Emmert said he expected a decision before the end of 2020.

Emmert said issues of diversity, equity, inclusion and social justice are a priority in 2021. He added that the pandemic has made college sports more agile and flexible, a sentiment that was echoed during a panel discussion with four athletic directors. 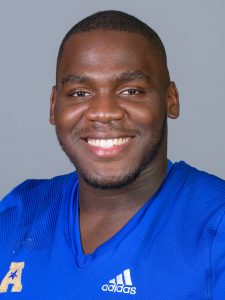 “The only silver lining to this is it has allowed us to completely think in a different way,” said John Cohen of Mississippi State University.

With the decision to play FBS football, considerations around COVID-19 became crucial. At times, teams could be preparing for a game, only to see it cancelled if members of the opposing team tested positive.

“The variable of COVID is so dramatic to a degree where you’re making decisions that impact lives … on a day-to-day basis,” said Pat Chun of Washington State University. “Every game cancellation, postponement does have an impact. We know we’re operating with less resources than we’ve ever had. We’re in a department that has taken furloughs and taken voluntary salary reductions.”

“We have this case in many of our sports where we’re chasing an RPI ranking, so we fly around the country spending dollars,” said Gene Smith of Ohio State University. He gave the example of Ohio State’s outstanding men’s tennis program, which must fly around the country to places such as Texas and California to get its ranking high enough so that when it gets into the NCAA tournament it has a good seeding.

“We have to make structural changes in how we run our programs underneath the umbrella of the NCAA,” Smith said.

“We are truly rolling with the punches and just trying to find every bit of positivity we can in these current situations,” said Paul. “If, for example, we’re preparing for a game on Saturday and we hear on Wednesday that team has cancelled due to COVID issues, a lot of time we keep going with our routine and we take that weekend to practice and prepare for the next game. All you can do is move forward with the opportunity you are given.”

Even student-athlete camaraderie is impacted as social distancing remains in effect. But that hasn’t stopped student-athletes from understanding the importance of their voices on issues such as race, racism and social justice.

“A lot of things that we are saying and bringing forth and using the student-athlete voice is more of a movement as opposed to a moment,” said Paul. “Student-athletes this year especially made it a point to have our voices heard. The Division I national SAAC (student-athlete advisory committee) having the opportunity to propose and have legislation passed within the NCAA in terms of civic engagement and fighting to afford student-athletes the same rights as everyone else.”

In another panel focused on the economic realities of running an athletic program during COVID-19, the participants agreed the goal remains trying to have the least impact on the student-athlete experience.

One positive is a different look at recruiting. All participants noted that having coaches travel less for recruiting saves valuable dollars and can also have a positive impact on team dynamics.

“The amount of money we’ve saved by not being on the road recruiting or having student-athletes visiting is significant,” said Jamie Pollard of Iowa State University. “It’s clearly something we’re going to need to talk about as an industry.

“It goes even past saving money,” he added. “Some of these coaches could spend more time with the current athletes they have on their teams by not feeling they have to be gone all the time on the road recruiting.

“Maybe our industry needs to change the paradigm.”

Over the course of his college football career, University of Miami quarterback D’Eriq King has overcome injury, transferring and the sudden death of his father. Despite adversity, his sense of purpose has not wavered. King is intent on being a leader on the field, excelling in the classroom and speaking up about social justice issues. […]