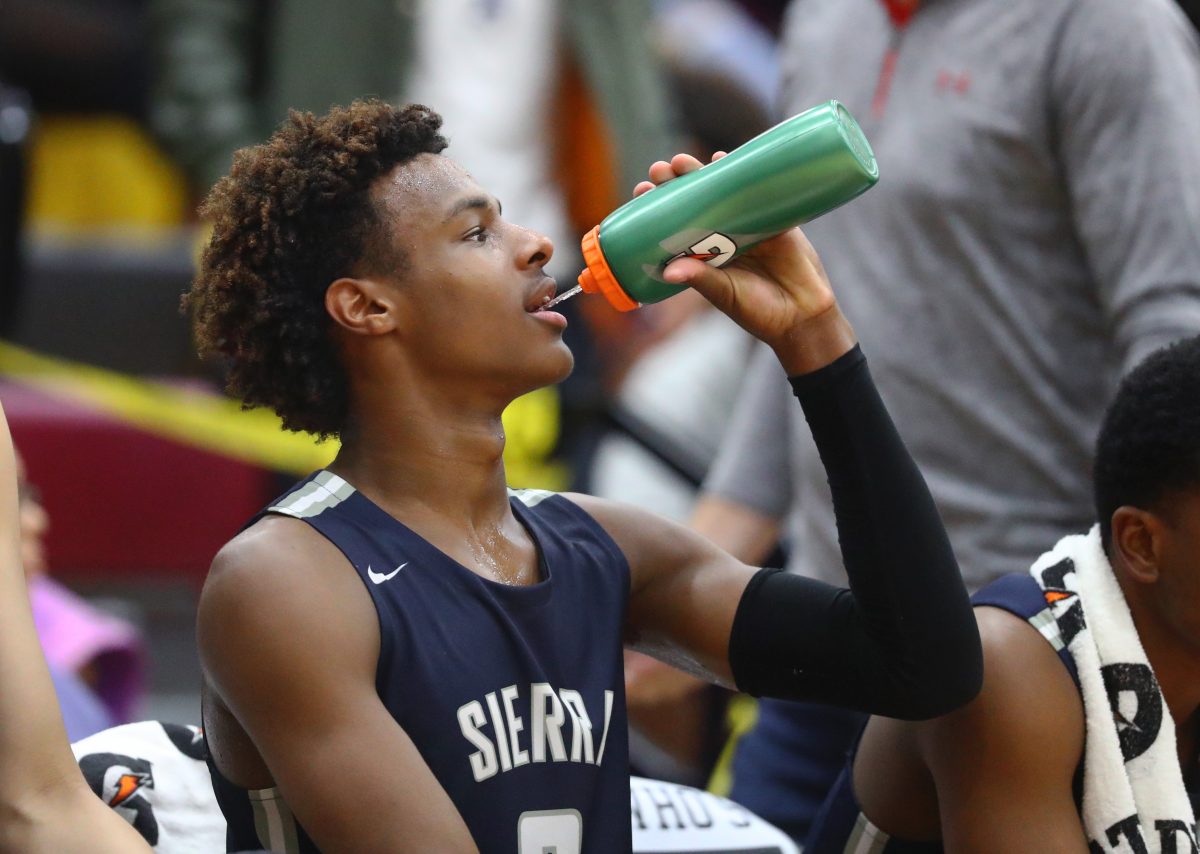 Saturday’s highly-anticipated matchup between No. 1 recruit Emoni Bates and Bronny James will not be played as originally scheduled.

James and other Sierra Canyon (Calif.) stars will not play in the “The Battle” in Fort Worth, Texas this weekend with COVID-19 issues keeping their club team (CBC) from attending. James and his teammates were slated to do battle with Bates and the newly-formed Ypsilanti Prep Academy in a nationally-televised matchup on Fox Sports 1. Ypsi Prep will now play Coronado High School (Calif.).

This is the second time a game between Sierra Canyon and Ypsi Prep has been canceled this season. The two were supposed to meet in November, but Sierra Canyon canceled because of COVID-19 concerns.

Bates, a five-star recruit and the top prospect in the class of 2022 according to 247Sports, is committed to Michigan State and is projected to be the first pick in the NBA draft whenever he becomes eligible to enter (current NBA draft rules require a player to be at least one year removed from high school before declaring, but that could change as early as 2022).

Bates and James have squared off before on the Nike EYBL AAU circuit, with Bates exploding for 43 points with LeBron James in attendance.

The first in-season look at the top 16 seeds for the 2021 NCAA tournament (as of Feb. 12) were revealed Saturday. NCAA SVP Dan Gavitt spoke with Andy Katz on the committee’s decision-making process and overall excitement for the return of March Madness.Source

FaZe Clan goes public, to be listed on NASDAQ

North American esports organisation FaZe Clan has announced details of a merger with B.Riley Principal 150 Merger Corp (BRPM).  The company will thus become a publicly listed company on NASDAQ in the following months. The transaction implies the valuation of the company is in excess of $1B (~£726.2M), thus making FaZe the first ‘esports unicorn’ […]