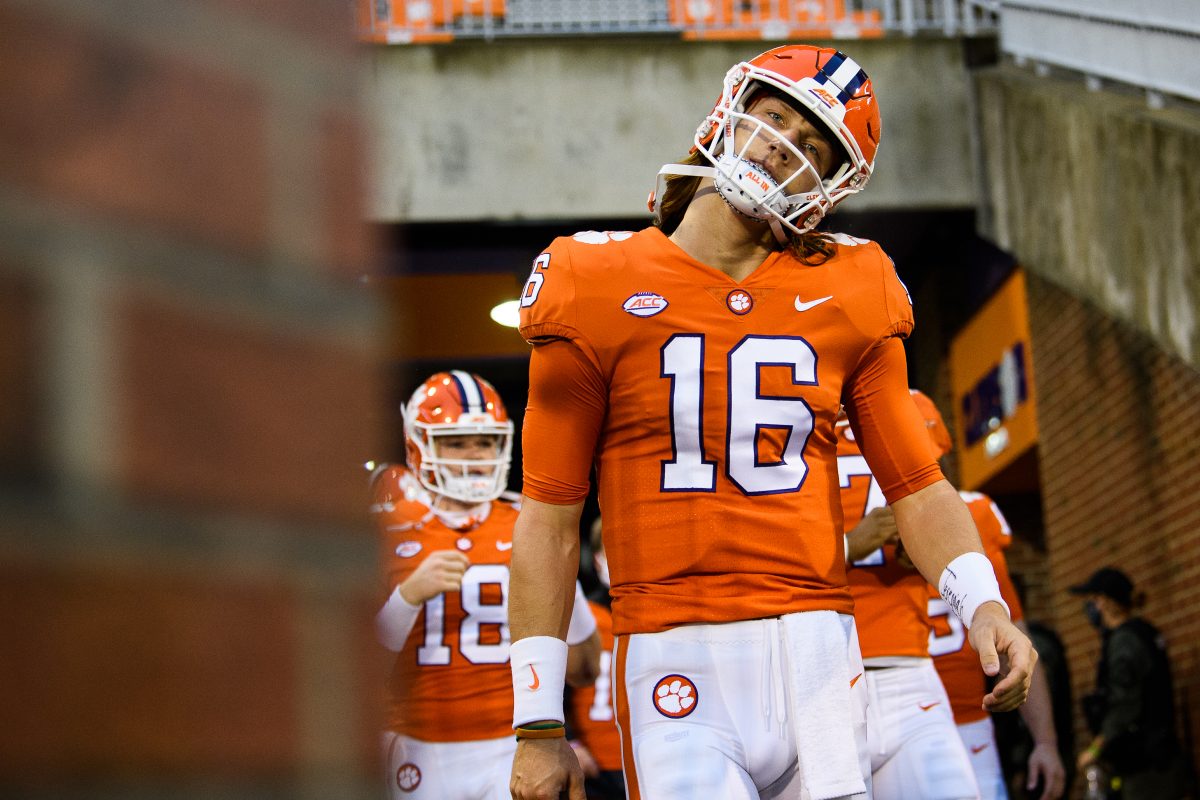 Trevor Lawrence knows a thing a two about what it takes to be a great quarterback.

Lawrence has dominated since arriving at Clemson in 2018, leading the Tigers to a National Championship as a true freshman and another College Football Playoff Championship game appearance in 2019. Through two and a half seasons, the Georgia native has passed for 8,489 yards and 81 touchdowns to only 13 interceptions. At this point, he is all but a lock be the top pick in the 2021 NFL Draft.

With his college career winding down, Lawrence offered his thoughts on a player who has the potential to follow in his footsteps as a star collegiate quarterback — Arch Manning.

“He’s going to be a great player,” Lawrence said Tuesday, per the New York Post. “Cool to see that family just keeps pumping out football players.”

Manning, the nephew of Eli and Peyton Manning, entered his national television debut completing over 76% of his passes on the season to go along with six passing touchdowns and three scores on the ground in two Isidore Newman wins. He kicked off his sophomore campaign by totaling six touchdowns in a 41-0 win over Metairie (La.) East Jefferson High School.

March Madness Preview: No. 8 Oklahoma vs. No. 1 Gonzaga

Andy Katz previews the second round matchup between No. 8 Oklahoma and No. 1 Gonzaga.Source

Data analytics company Elo Entertainment has announced the launch of TrackLoL, a new website that provides analytics for League of Legends. TrackLoL’s website provides a range of data around the game, such as live-match experience and prediction leaderboards. Image source: Screenshot, tracklol.com RELATED: YouGov: How nuanced data can make your esports partnership work harder for […]

These are 10 sophomores who have made significant strides since their freshman seasons, determined through traditional stats, advanced stats and their roles.Source