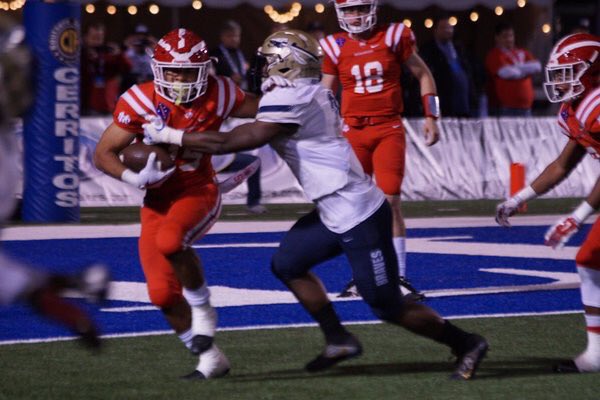 Student-athletes in California are going to have to wait a little bit longer to begin their seasons.

The California Interscholastic Federation (CIF) announced Tuesday that there will be no high school sports in December. Sports such as football were slate to begin practices in early December and begin competition in early January. However, practices will now begin in January 2021 at the earliest.

“Due to the continued surge in COVID-19 infections, the California Department of Public Health has postponed the issuance of its updated youth sports guidance,” the CIF office said in a statement. “The California Interscholastic Federation (CIF) does not expect the CDPH will issue any guidance allowing for schools to return to full practice and competition until after Jan. 1, 2021, at the earliest. Thus, all full practice and competition start dates are officially on hold until updated guidance is issued.”

The CIF also announced the cancelations of regional and state championships for fall sports, which creates a larger window for those sports to complete their full seasons. Boy’s volleyball season has been pushed entirely to the spring in order to ensure it does not lose another full season.

“By canceling Regional and State Championship events, more student-athletes will have the opportunity to participate in a longer season, rather than a truncated season with Regional and State post-season play for a limited number of schools,” the CIF state office said.

High school sports in California have been on hold since March due to the COVID-19 pandemic.

When the 2020-21 college basketball season tips off Nov. 25, there will be nine head coaches roaming the sidelines who won a national championship as a player. Watch highlights from some of those that made the list, including Bobby Hurley, Patrick Ewing and Steve Alford.Source