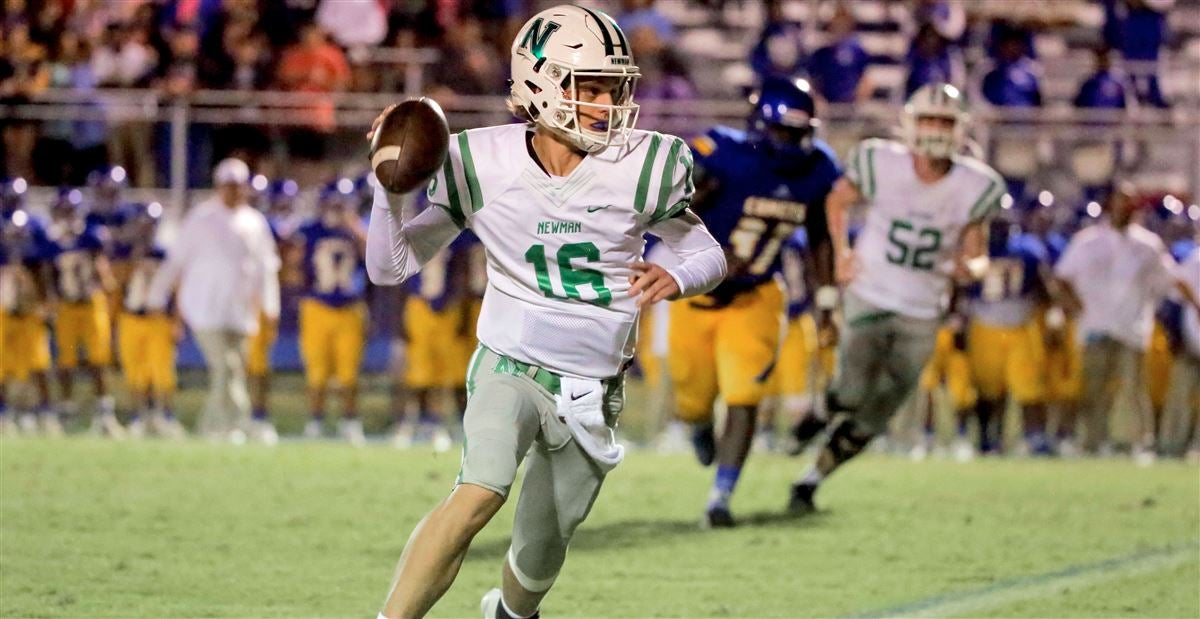 Football fans got a glimpse at the potentially next great Manning quarterback on Thursday night, as New Orleans (La.) Isidore Newman sophomore signal-caller Arch Manning made his national television debut.

Manning, the nephew of Eli and Peyton Manning, guided Isidore Newman to a 55-22 win over rival KIPP Booker T. Washington on ESPN. The 6-foot-3, 195-pound Manning dazzled with his arm throughout the evening, completing 21 of his 26 passes for 241 yards and a touchdown. Manning was charged with two interceptions, but both picks came off dropped passes by his wide receivers.

Manning entered Thursday night completing over 76% of his passes on the season to go along with six passing touchdowns and three scores on the ground in two Isidore Newman wins. He kicked off his sophomore campaign by totaling six touchdowns in a 41-0 win over Metairie (La.) East Jefferson High School.

“You think about today’s game, the athleticism he has to adapt to today’s college offenses and just the poise he has, the little things he does,” Haubert said. “Everything that we thought we may see we kind of saw tonight. I think we saw the accuracy, the poise, the athleticism, the ability to extend plays. He made some mistakes tonight but I think the big thing is he consistently bounced back from those.”

Tennessee House Republican lawmaker Jeremy Faison apologized after being ejected from a boys high school basketball game on Tuesday. The incident occurred during the third quarter of the Providence Academy-Lakeway Christian Academy matchup, two private schools located in the state. As the story has been reported, what began as a loose-ball scramble on the court […]