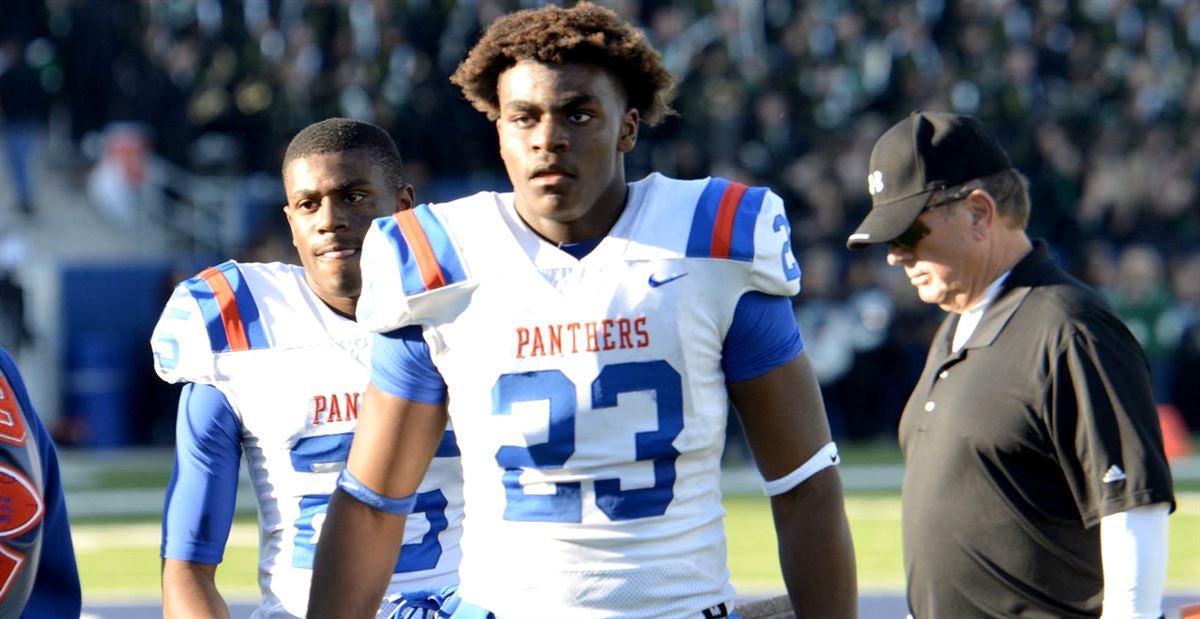 Some of the top high school football recruits in the nation put on a show during the Under Armour All-American Game, but just as much excitement came off the field as it did on during the 23-17 Team Icons win over Team Legends.

Three players committed to universities during the game. Five-star linebacker Harold Perkins, four-star defensive end Omari Abor and four-star running back Jovantae Barnes all announced where they are headed for school next year.

Perkins, ranked the No, 1 linebacker in the class and No. 5 overall on the 247Sports Composite, is headed to Texas A&M. The Cypress Park (Cypress, Texas) star adds to a recruiting class that was already the No. 1 in the country entering the day. Now, the Aggies have six five-star players, 19 four-star and a trio of three-stars committed to the program.

Perkins is a 6-foot-2.5, 210-pound linebacker who had 33 offers from a who’s-who of college football. Over the last two seasons, he racked up 93 tackles — 23.5 for loss — seven sacks, six QB hurries, three forced fumbles and an interception, according to SI.

Esports data and technology company Abios has announced a partnership with Russian sports platform Sports.ru. As part of the deal, Sports.ru will implement Abios’ data to its services to boost its esports offering and enable growth. Specifically, the sports platform will incorporate several features including match-and tournament calendars and in-depth statistics. Image credit: Abios RELATED: […]

Men’s basketball is back, and this is why we’re excited

After a busy opening night, Mike Lopresti highlights all the key moments from the first day of NCAA Division I men’s basketball and how they fit in history.Source